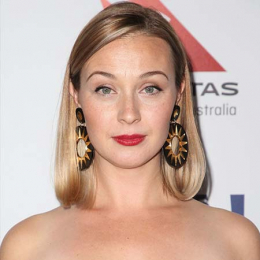 Australian actress, Robin McLeavy best known for her works in the films like "48 Shades", "The Loved Ones", and "Blinky Bill the Movie". She is also famous for starring in the television series like "Last Man Standing", "The Code", and "Hell on Wheels". Robin was nominated for the Helen Hayes Awards for Outstanding Supporting Performer.

Robin McLeavy is married to Yvan Bear. Robin is private about her relationships and knows how to separate her personal life from professional life. In fact, she shared the wedding vows in a private ceremony. 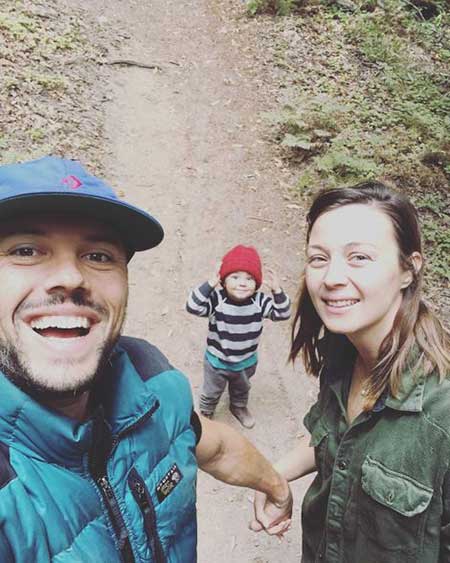 Famous Australian actress Robin McLeavy with her husband Yvan Bear and son Rumi Bear.
McLeavy shares a good bond with her husband and the pair has been together for a couple of years. The relationship between the duo looks great while scrolling through Robin's Instagram page, however, things behind the bar is yet to be discovered. Here take a look at the post-Robin shared, explaining her fortune about marrying in a Canadian family,


So much Auntie love. I feel verrrry lucky (and kinda smug) having married into a Canadian family as wonderful as this one. @tarotbyjanine @bear_grounds #family

The pair is proud parents of their only child who is a son named Rumi Bear in 2016. The duo informed about their child's birth sharing a Tweet,

Just wanted to let you all know that our baby boy arrived and we are ecstatically happy and over the moon!!

The couple often shares many posts with their child and also gives updates about their son from time to time on their social media accounts.

Robin was previously rumored for dating, her 'A Streetcar Named Desire' co-star, Joel Edgerton. The pair was spotted together at the Mother of All Closing Night Parties' at the Sydney Theatre Company in October of 2009. What's more, when Robin was asked about her on-screen relationship with Edgerton, she said,

"It's good! On the second day of the rehearsals we were, you, know, kissing and fighting. You find the violence one day and the passion the next, and then the tenderness. The sex is really important with these characters. It's really primal."

The couple was deeply in love, however, they parted their ways just after one year of togetherness in their relationship.

As of 2019, It looks like Robin is living in a happy marital relationship with her husband as there is no sign of divorce between them. Additionally, she is an active social media user and shares posts about her personal life from time to time.

How much is the Net Worth of Robin McLeavy? Know about her Salary, Earnings


Tonight @paramountstudios we had a fabulous evening celebrating some of my favourite humans @hannah_gadsby and @damonherriman .... I brought some Sydney/Elton John vibe to the party after chickening out of wearing an oversized tweed suit. Next time. Hats off to all the award winners this evening. An inspiring bunch of talented folks. @australiansinfilm it was a splendid evening!!! Thank you!!

McLeavy also tried her luck in the television screen after appearing in the 2005 television series named Last Man Standing. After that, she went to act in the several television series like The Code, Hell on Wheels, Super Fun Night, and The Elegant Gentleman's Guide to Knife Fighting. Until now, he worked with many stars like Scott Adkins, Anson Mount, and Christopher Heyerdahl.

Here take a look at the interview of the star talking about her television series named Hell on Wheels:

Robin started her career in the film industry by starring in the 2006 film named 48 Shades as Jacq. Since then, she performed in numerous films like The Other Half, The Loved Ones, Backtrack, and Blinky Bill the Movie. Further, her movie Abraham Lincoln: Vampire Hunter was a blockbuster which collected over $116.4 million on the box office against the budget of $99.5 million. 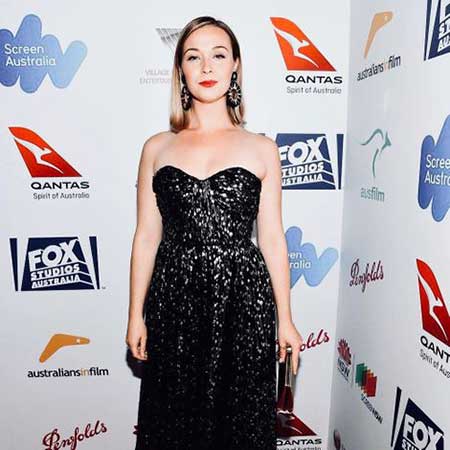 Robin McLeavy is married to Yvan Bear. The duo shared the wedding vows in a private ceremony after dating for several years.

Robin and Yvan are proud parents of their only child who is a son named Rumi Bear.