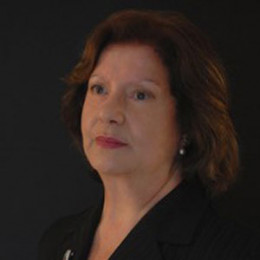 Painter and sculptor Robyn Krauthammer is the co-founder of Pro Musica Hebraica where her hubby, Charles, is the chairman of the board. She is a former Australian lawyer. She left her practice as a lawyer to become an artist. Her passion for Jewish music led her to form this organization which promotes Jewish classical music. She married Charles Krauthammer and shared a son.

The co-founder of Pro Musica Hebraica, Robyn Krauthammer was born in Australia. She first studied at the Corcoran School of Art. After that, she attended the Maryland Institute College of Art.

Following her graduation, Robyn Krauthammer started working for an international law firm in Paris. After that, she moved to America in the early 1970s and pursued her career in painting.

Robyn is working as co-founder of Pro Musica Hebraica. She was passionate about Jewish music and developed the idea of a society for the promotion of Jewish art music.

Robyn Krauthammer is a retired Australian lawyer and co-founder of not-for-profit organization Pro Musica Hebraica. She has earned a good amount of net worth from her career which is estimated to be $1 million. Her husband Charles’s current net worth is $8 million.

Robyn Krauthammer and husband Charles Krauthammer were married for more than 40 years. The duo tied the knot in 1974 at a private ceremony. The couple met when they were students at Oxford. They hitched after dating for nearly two years.

Charles later revealed the pair met for the first time in a laundry room at Oxford University in the early 70s. During the time, Robyn was an Australian native who was studying at Anne's College. Their first encounter happened while they were both doing laundry. 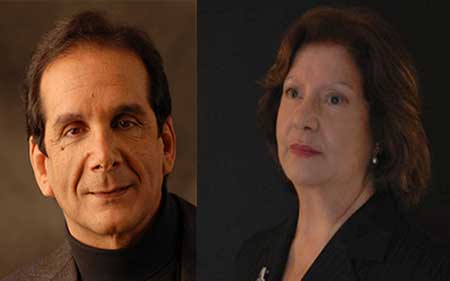 The couple seemed fond of dogs. In one of the interviews in 2003, Charles cited Robyn's Australian nationality for the reason they were so in love with dogs. The couple's first dog was a border collie named Hugo.

On June 21, 2018, news broke out Charles Krauthammer, 68, tragically passed away just weeks after he revealed he was in the final stages of cancer.

Charles was one of the most established journalists of all time. The couple shared a son, Daniel Krauthammer. Daniel is an economist. He studied economics at Harvard and also has a degree in economics from Oxford.

Charles and Robyn were very close to each other. They even worked at a charitable foundation founded by the pair themselves named Pro Music Hebraica. In a book written by him, Charles even claimed he owed his career to Robyn.

In a tribute to his wife and son, Charles Krauthammer wrote:

“This book is dedicated to my son, Daniel, whose incisive, brilliant mind has kept me intellectually honest and at my keenest since he was about ten years old. And, to my wife, Robyn, who urged me 35 years ago to follow my calling without looking back. With extraordinary intelligence, humor, grace and loving-kindness, she has co-authored my life, of which this book is but a reflection.”

Moreover, during an acceptance speech for the Eric Breindel Award For Excellence in 2009, Charles claimed he owed his awards, his entire achievements in his career to only one person, and that is his wife Robyn who encouraged him and motivated him throughout.

Also Read: American Political Columnist Charles Krauthammer Died At 68; How Was His Family Life- His Wife and Children

Below we present the five interesting facts of Robyn Krauthammer's deceased husband and son.

Charles Krauthammer is an American syndicated columnist, author, political commentator, and non-practicing physician whose weekly column is syndicated to more than 400 publications worldwide.

Daniel Krauthammer is the economist by education. Daniel has more interest in fiction than in economics.