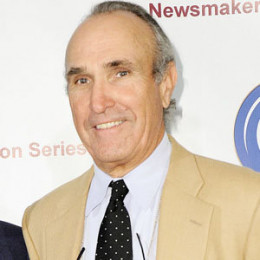 An American film director and screenwriter, Ron Shelton is currently married to Canadian actress Lolita Davidovich since 1997. He attended the Santa Barbara High School and graduated from the University of Arizona. Ron Shelton is widely known for the many films and has made about sports. Shelton made his directorial debut “ Bull Durham” in 1988. Ron Shelton has also directed and written and written two biopics: Cobb, and Blaze.

Ron Shelton was born on September 15, 1945, in Whittier, California, United States. He made his directorial debut with Bull Durham in 1988.

Some of his other films as writer and director included Play It to the Bone,  White Men Can't Jump starring  Woody Harrelson, Wesley Snipes, Cobb starring Tommy Lee Jones and others.

Ron Shelton has an impressive sum of net worth which h accumulated from his career.

Ron Shelton is married to Canadian-born actress Lolita Davidovich. She appeared in several of his films. She became known for her '90s roles in Gods and Monsters, Raising Cane, and Jungle 2 Jungle.

They have one child named, Valentina Shelton. Ron Shelton is living his life very happily and comfortably with his wife so there is no chance of separation

Ron Shelton is married to Canadian-born actress Lolita Davidovich, who has appeared in several of his films.

They have one child named, Valentina Shelton. There is no more information about her date of birth.