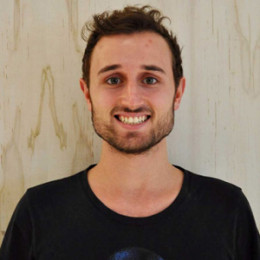 Ross Mechanic is the handsome boyfriend of US President Donald Trump's youngest daughter Tiffany Trump. He is a data engineer at CADRE, a real estate startup founded by Jared Kushner.

Ross Mechanic is a native of America. He grew up along with his brother Marc Mechanic in Pennsylvania. He is the son of NYC real estate lawyer Jonathan Mechanic and Sue Levine. He earned the degree in BSE from the University of Pennsylvania

Like his family, Mechanic is also a Democrat. He started as an intern at Veritas Prep followed by NETS. He then joined the internship at CADRE. CADRE is a real estate startup founded by Ivanka Trump’s husband, Jared Kushner.

Besides that, Ross actively participated in volunteering work. He was the volunteer leader of GO Project in 2010. In 2016 he became the member of Young Leadership Council. He also served as a mentor tutoring the students in math at a nearby elementary school in 2013 University of Pennsylvania Mentors Program.

Ross is currently in a romantic relationship with the daughter of Donald Trump, Tiffany Trump. They are girlfriend-boyfriend since 2015. The pair first met at the University of Pennsylvania. Mechanic was one year junior to Tiffany.

Coming from the rich family Mechanic was never deprived of anything. He lived a lavish life along with his family. As a data engineer at CADRE, he earns a decent amount from his career. His net worth is certainly not less than six figures.