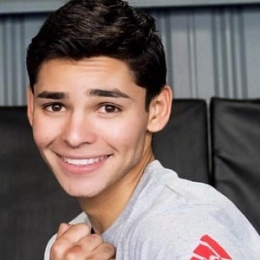 Ryan Garcia is a young professional boxer from California who fights in Lightweight and Super Featherweight divisions. He started competing professionally from 2016 and has not lost a match since then.

Is Ryan Garcia Dating? Know more about his Relationship Status, His Girlfriend, Affairs and Personal Life

Ryan Garcia is currently dating Catherine Gamez. Details of their relationship are not available, however, the couple welcomed their first child, a daughter named Rylie Garcia on March 20, 2019. 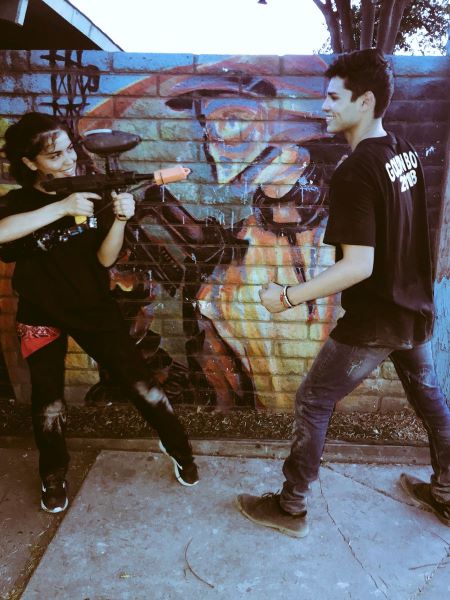 Super Featherweight champ shared an adorable image of his baby girl via an Instagram post on 9th April 2019. Have a look:

The 20-year-old discussed the feeling of being a father with DAZN USA. When asked how being father has changed him, he answered that it is a feeling he can't express in words and from now everything he will do will be for her. He added that she is a new motivation and fire for him.

Ryan does not like to share his personal pictures on Instagram so he hasn't shared any pictures of his soulmate. however, his partner Catherine regularly posts pictures of her daughter on social media. Take a look at a cute video shared by Catherine on Twitter.

There are no wedding or engagement rumors of the couple as of now, however, Catherine expressed her wish to celebrate honeymoon at Bali, Indonesia in one of her tweets.

What is Ryan Garcia's Net-worth? Know more about his Salary, Earnings, and Wealth.

Ryan Garcia's overall net-worth falls in the range of  $200 thousand- $300 thousand. The primary source of income for him is boxing. He started professional boxing since 2016 and earns on average $2,000 per round in a fight and $51,370 yearly.

I’m on my way! @fashionnovamen #fashionnovapartner

However, he is early in the career and has the potential to earn like famous boxers such as  Floyd Mayweather and Micheal Buffer who boasts net-worth of $560 million and $400 million respectively.

Ryan is not the only a sensation in the boxing ring but also in social media. He has over 3million followers on Instagram and earns $5,755- $9592 per post. He endorses brands such as fashionova, Tom Hilfiger, Abercrombie & Fitch, gymshark on his social media.

Ryan Garcia was born on August 8, 1998, in Victorville, California, USA to father Henry Garcia and mother Lisa Garcia. He is of Mexican-American heritage.

Happy Mother’s Day to my momma Thank you mom for always being there for me and raising me as a leader.. This day is for you and all the other days in between @kingryma #happymothersday

Ryan grew up with three sisters, Demi Garcia, Sasha Garcia, and Kayla Garcia and a brother Sean Garcia who is also a professional boxer.

Ryan's father began training him and his brother for boxing from an early age of seven. His father still assists in the training and his mother works as his personal Administrative Assistant for commercial projects.

Garcia started his career as an amateur boxer and made an impressive 215-15 boxing record in his amateur career. He started his professional career in boxing from 9th June 2016 against Edgar Meza in TKO. He won that match and still has not lost any match since then.

Ryan played against other boxers such as Luis Lozano, Jonathan Cruz, Mario Macias, and Noe Martinez Raygoza. His most memorable matches include the one with Miguel Carrizoza in 2017 where he knocked him out in less than 30 seconds.

His latest victory was against Peurto Rico's Jose Lopez which was held at Fantasy Springs Resort Casino on March 30, 2019.

Rylie is the first child of Catherine and Ryan. She was born in March 2019.