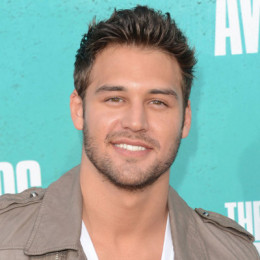 Ryan Anthony Guzman is a Mexican- American model as well as an actor. He is best known for his role in fourth and fifth installments of the Step Up series. Prior to acting, he was involved in modeling. His mother’s name is Lisa and his father’s name is Ray. He had started his professional career in 2012. There is no information about his early life.

Though, the "Boy Next Door" star took Twitter and address his fans that he's single again, he's found someone special in life to relish every monent with. 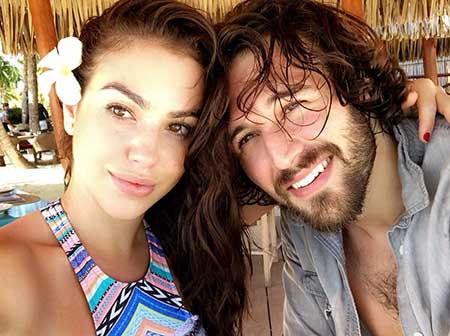 You heard it right! Ryan Anthony Guzman has been enjoying live in together relatiinship with his girlfriend turned to fiance since 2018. The pair took their lovey-dovey relationship into next level after kindling romance for few months.

My heart multiplied by a million when I laid eyes on you. I didn’t understand the extent of my capability of love until January 24th, 2019. I will do my best to love you, guide you, protect you, and be an example for you. My little Mateo

Guzman engaged to Brazilian actress Chrysti Ane in 2018. The pair has been active in each others Instagram posts sharing romantic images flaunting their love with fans. Guzman is five years older than his partner.

My entire world . So much love in one picture. I need to thank this incredible superhuman for all that he is and all that he does for his family. Thank you for the unconditional love and support, thank you for helping me through my emotional rollercoasters, for the nights you stay up changing diapers and putting baby back to sleep just to give me rest even though you have work in the morning, thank you for picking up my slack with the doggos, thank you for making me feel beautiful when I haven’t done my hair in 5 days look exhausted and can’t even think of getting ready, thank you for your patience with me while I’m figuring out how to “mom”, but most of all thank you for loving us the way you do. We are so lucky to have you!

The couple announced their pregnancy in September 2018 and welcomed their first baby boy Mateo on 24 January 2019. On the next day, Ryan's brother, Steven shared the exciting news via Instagram uploading the snaps of the proud parents and their new bundle of joy. As of April 2020, Baby Mateo turned one year and three months old.

Pretty Little Liars' actor, Guzman was previously in a relationship with actress and model, Melanie Iglesias for almost two years. The couple maintained their relationship until December 2014. Guzman and Iglesias were last spotted together at the People Magazine Awards held at The Beverly Hilton on December 18, 2014 in Beverly Hills, California.

Guzman has an estimated net worth of about $1.4 million at present.

Details about his current residence, cars and other assets is yet to be revealed by the star.

Guzman, 30, made his acting debut in 2012 making a cameo appearance in 72 Hours with Empire. The same year he performed in two other movies including Step Up Revolution and Made in Hollywood: Teen Edition. He also starred in TV series like Cameras and All the Right Moves the same year.

In 2013, he appeared in a recurring role of Jake in Pretty Little Liars alongside Troian Bellisario, Ashley Benson, and Lucy Hale. 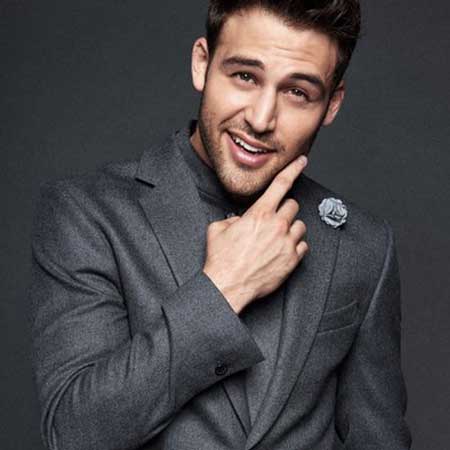 Some of his movie roles include There's Always Woodstock, Beyond Paradise, Jem and the Holograms, and The Boy Next Door.

He is widely known for portraying the role of Sean Asa in the Step Up series and Noah Sandborn in The Boy Next Door.

He is currently playing the lead role of a firefighter joining the firehouse led by Capt. Bobby Nash (Peter Krause) in the American procedural drama TV series 9-1-1.

Besides an actor, he is also a model. He worked with LOOK Modeling Agency, the Wilhelmina Agency, Abercrombie & Fitch, Affliction, and Reebok.

Ryan Anthony Guzman was born on 21 September 1987 in Abilene, Texas, the U.S. to Ray Guzman and Lisa Guzman. His birth sign is Virgo. His father is a Mexican while his mother belongs to Swedish, Dutch, and French ancestry.

He migrated to Sacramento, California when and spent most of his childhood days. He completed his graduation from West Campus High School in 2005. He also studied at Sierra College. He stands at a height of 6 feet (1.83m). He has a brother named Steven Guzman.

Mateo Guzman is the only child to Ryan Guzman and his fiance Chrysti Ane. Maeto was born on 24 January 2019 in the United States.