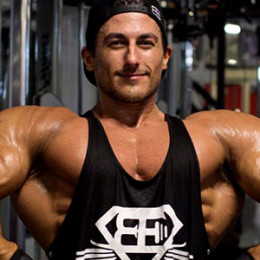 The fitness model Sadik Hadzovic is a Yugoslavian native who is a household name in the field of bodybuilding and fitness. He came into the limelight in 2015 after winning the first Arnold Sports Festival Pro Men's Physique contest.

Sadik Hadzovic was born under the birth sign Gemini on June 8, 1987, in Bosnia And Herzegovina, Yugoslavia. But the family emigrated to the United States in search of better facilities as refugees.

His passion for bodybuilding started at a young age and he did plyometrics exercise since he wasn't gaining weight well.

You May See: Michael Phelps

Growing up in a new country was tough and his parents worked intensively to survive hence, this might be the reason behind Hadzovic's true dedication traits. 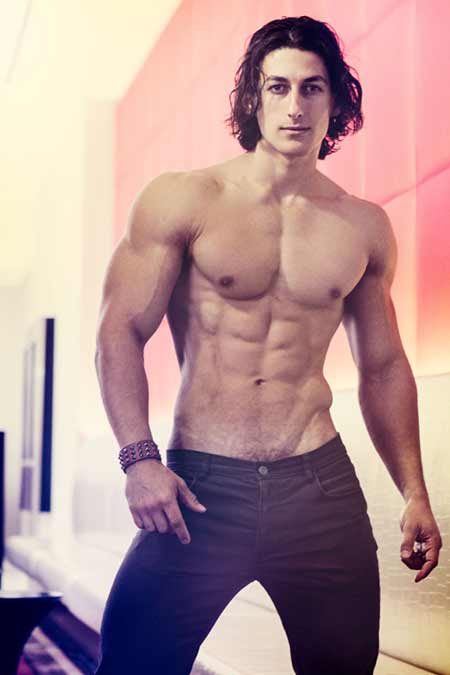 After gathering some money he joined the gym. From an early age, he was fascinated by the comic book character's well-built physique and in future wanted to make his appearance like them.

Sadik Hadzovic is professionally a fitness model and bodybuilder who began participating in men's physique competitions from 2011. Due to his immense dedication, he excelled and became pro the following year of his commencement.

He is officially an IFBB classic competitor and has featured in some renown publications like Fitness RX, Muscle & Fitness and many more. He came into the limelight after winning the first Arnold Sports Festival Pro Men's Physique contest held in 2015.

Abs, Pre contest and Lean bulk ebook now available for download. Download all 8 books today and save 80%. LINK IN BIO

The competition is named after renown actor and bodybuilder Arnold Schwarzenegger who is his inspiration for bodybuilding. He also looks up to Dorian Yates and Sergio Olivia.

Furthermore, he went on to win the title of Mr. Olympia twice in consecutive years and earned himself three IFBB Pro League Titles. Meanwhile, he also won other titles like NPC Metropolitan Championships, NPC Junior National Championships and so on.

The bodybuilder Sadik Hadzovic follows some intense workout routines to maintain his Greek god physique. He performs a 30 minutes session which includes HIIT for cardio, 1-minute sprints and taking breaks in between.

Hadzovic usually trains with a higher rep range and heavyweights without taking any days off. He has divided his days equally for performing exercises on his body parts like Shoulders, Abs, Back, Cardio, Legs, and Arms.

As for his nutritional diet, he consumes around 2,500 to 2,750 calories at a ratio of 2:1 protein to carbs daily. He stays away from dairy products and eats foods like bison steaks, lean turkey breast, tilapia fish, egg whites, salmon and various vegetables.

Sadik Hadzovic's net worth is not estimated and is still under review. His main source of earning is from his profession as a fitness model and instructor. The average salary of a fitness instructor is $47,908 and the pay ranges from $37,906 to $71,329.

Besides, a fitness model makes a monthly earning of $3,562. For winning the title of Mr. Olympia, he gained prize money of $67,500. He owns a huge blue and white themed house which was under construction in June 2018.

The fitness model Sadik Hadzovic is a family man who lives a prosperous life with his rumored wife and twin kids. However, the details about his gorgeous wife and their wedding are not mentioned. Since the family lives together the pair is said to be married.

Hadzovic is quite a private person when it comes to his personal life and doesn't share much with the media. Besides his rumored wife, he is not said to be dating anyone and none of his past relationships is disclosed to the public.

Besides he has a self-titled YouTube channel with 140k subscribers as of January 2019. He uploads his workout routines and vlogs on YouTube.

Here is a video of Sadik Hadzovic's heavy back training!