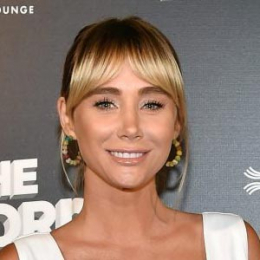 Famous American model-actress, Sara Jean Underwood is best known for hosting the famous show Attack of the Show! on G4. She is also popular for acting in films like 'Accepted', 'Epic Movie', and 'Miss March'. Sara was named as the 'Playmate of the Month' for the July 2006 edition of the 'Playboy Magazine'. More to that, She was also named as the 'Playmate of the Year' in 2007 by the Playboy magazine.

Sara Jean Underwood is in a romantic relationship with the cabin builder and 2nd-grade teacher Jacob Witzling. The duo is together from several years and shares a good bond. In fact, the pair is open about their relationship and do not hesitate to share posts together on their respective social media sites. 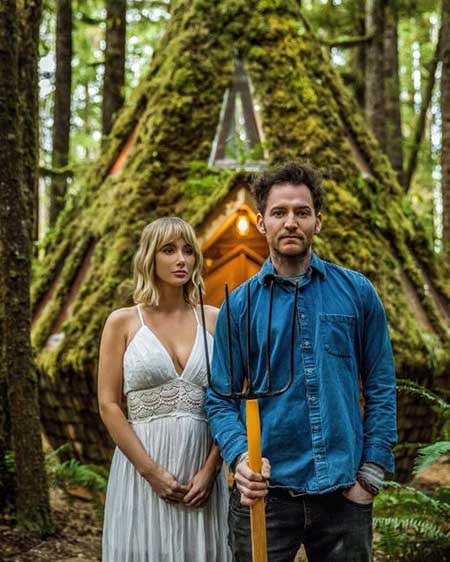 The duo is together for a long time, however, it is a mystery about the fact that how the pair first met. But scrolling through the Instagram of the model they are seen together from way back in December of 2017.

This has been such a beautiful adventure building our home on wheels with you @jacobwitzling! But the time has come for the next chapter, let’s hit the road freak! Woo hoo! Thanks to everyone for following along on our build. If you missed any of it, I put it all on my highlights for your viewing pleasure! #homeiswhereyouparkit

As an outdoor lover, Sara prefers to explore the wild and as her partner is a cabin building expert, both are seen in many places from time to time. Here you can see them chilling together in Catskills Mountains of the New York State.

I don’t remember what I was whispering, but it looks like he liked it @jacobwitzling by @sirscottpearson

As of 2019, the actress is in a happy relationship with her partner and there is no sign of breakup. Both of them are travel freaks and loves to travel together from time to time. Here look at the post-Sara shared captioning 'I love you',

Sara was previously rumored for dating the television representer Ryan Seacrest. The duo was deeply in love but decided to separate regarding their personal issues after two years of relationship. After that, Jean started dating the Bachelorette season 6's winner Roberto Martinez in 2013. At that time, the couple used to appear in many places together, in fact, they were spotted at the 7th Annual All-In For Cerebral Palsy Celebrity Poker Tournament, 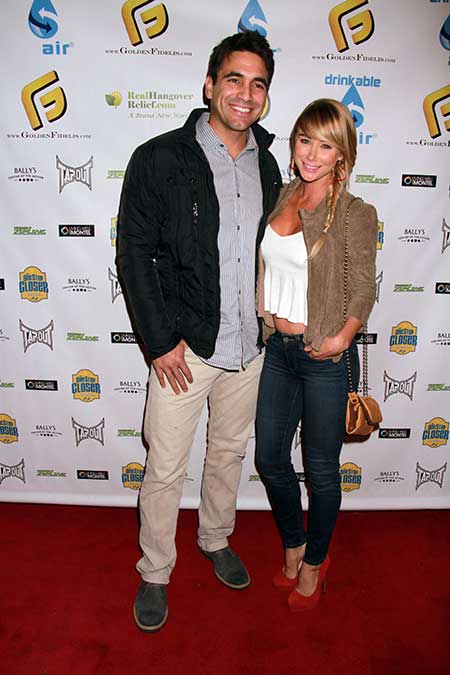 Model Sara Hean Underwood and her Ex-Boyfriend Roberto Martinez.
The unconditional love of the duo ended when they parted their ways soon after several years of dating.

What is the Net Worth of Sara Jean Underwood? Know about her Salary, Earnings

Sara is an active Instagram user where she posts many personal, promotional, and professional posts. Further, she earns over $18,443-$30,738 per post from her Instagram account with 9.2 million followers. Her ravishing pictures helped her to grab a huge fan following.

Sara officially started her modeling career after appearing in Playboy in its Girls of the Pac-10 pictorial of the October 2005. She later appeared in the cover of the same magazine in July 2006 as the Playmate of the month. What's more, she was listed as the #25th  by the Playboy magazine on their "25 Hottest Playboy Celebrities".

I love the time of year when making a fire goes from a necessity...to just because Gorgeous cabin by @jacobwitzling . . #washington #oregon #pnw #pnwonderland #getoutside #artofvisuals #beautifuldestinations #cabinlife

As of her the acting career of Jean, she debuted in the film industry by appearing in the 2006 film named Accepted. Since then, she performed in many films like Epic Movie, The House Bunny, and Miss March. Some of her blockbuster movies are,

Jean also starred in many television shows and series until 2019, starting from 2005-2013 television program named Attack of the Show as a c0-host for 147 episodes. After that, she also appeared on the television series like Kunoichi, Bridget's Sexiest Beaches, Ridiculousness, and Web Soup. Until now, she shared the screen with many actors like Jonah Hill, Blake Lively, and Anthony Heald. 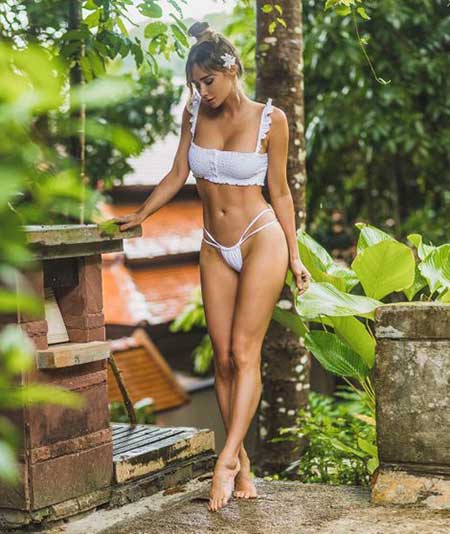