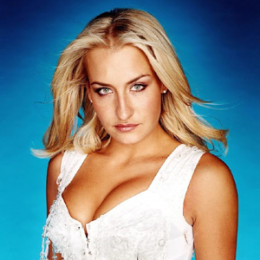 Sarah Marianne Connor, better known as Sarah Connor, is a German singer. She is famous as the judge on the German reality television show, X Factor. Besides she is also famous for her songs Sing Meinen Songs, Real Love, Christmas in my Heart, Green Eyed Soul, Key to My Soul and many other. She has received four Comets, a Top of the Pops Awards, a Golden Kamera, a Golden Europa, a World Music Award and two Echos and has appeared in reality shows including Sarah & Marc in Love and Sarah & Marc: Crazy in Love.

Born on 13th June 1980, Sarah Connor is the daughter of Michael Lewe and Soraya Lewe-Tacke. Her father was an advertising writer whereas, her mother is a former fashion model and homemaker of Scottish, Irish and German heritage, in Hamburg,

From childhood, she had interest in singing and used to listen to soul music with her grandfather. She used to perform in churches too. As a student in a performing school, she was the only one who was interested in studying vocal whereas rest of the student chose an instrument.

During 1990, she picked to sing with the backing choir during the performance of Heal the World, at Michael Jackson’s History concert tour in Bremen, German. She got a chance to meet with Michael Jackson which is one of the best moments of her life.

Sarah began her singing career at the very early age. She signed a contract with her first management in 1997 and recorded a number of demo tapes including Silent Night, This Christmas and the major radio success Ula la Ula.

She collaborated with American R&B singers TQ with the song, Let’s Get Back to Bed-Boys!, which reached the top position in Germany, Poland, Portugal, and Switzerland and rose popularity all over the Europe in 2001.

After receiving popularity from her first album, she soon released her second album, Unbelievable in 2002 and third album, Key to My Soul, in 2003.

In 2004, she appeared in the broadcast of her ProSieben reality series, Sarah & Marc in Love, along with her boyfriend, Marc Terenzi, and his band. The following year, she embarked on the Naughty but Nice concert tour in Austria, Germany, and Switzerland. Soon after the tour, she released a holiday album, Christmas in My Heart.

Moreover, she appeared alongside mentor George Glueck and musician Till Bronner as a judge in the German version of the X Factor in 2010 and even returned in the second and third X Factor in 2011 and 2012 respectively.

Sarah met her future husband, Marc Terenzi, lead singer of American boy band Natural in July 2002 for the first time at the Bravo Happy Holidays festival in Rust, Germany. After dating for a year the pair announced they were engaged in June 2003 and added that they were expecting their first child.

On 2nd February 2004, the couple became parents for the first time with the birth of Tyler Marc Terenzi. They invited their friends to celebrate the birth of their child on 29th Feb 2004 and also announced that they had eloped. The husband and wife again renewed their vows with a wedding ceremony on August 18, 2005, in Altafulla, Tarragonès, near Barcelona, Spain. The wedding was part of the reality show  Sarah and Marc in Love.

The husband and wife became parents for the second time with the birth of Summer Antonia Soraya on 23 June 2006. The couple after nearly four years of relationship announced their separation in November 2008.

Sarah then started dating Florida Fisher, the singer of the 1990s pop group The Boyz, in 2010. The pair announced that they were expecting a child in February 2011.

In September 2011, she gave birth to a baby girl, Delphine Malou. Also, the boyfriend-girlfriend, welcomed their second baby boy, Jax Llewyn, in January 2017.

Sarah is a successful singer and a TV personality. She has successfully earned an estimated net worth of $10 million. She lives a lavish lifestyle in the luxurious Wildeshausen house which cost about $2 million. She also owns a BMW. Moreover, she loves tattoo and has got few tattoos.

Sarah Connor is married to Marc Terenzi, an American pop singer. Marc is a lead singer of the boy band Natural. The duo has appeared in two of the reality shows: Sarah and Marc in Love and Sarah and Marc: Crazy in Love.

Born on September 2011, Delphine Malou is the first daughter of Florian Fischer and Sarah Connor.

Born on January 2017, Jax Llewyn is the second youngest son of Sarah Connor and Florian Fischer.