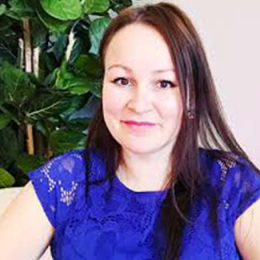 Sarah Prout is a famous Entrepreneur known for her constant work as a motivational speaker, author, and spiritual activist. She is also recognized as a co-founder of the Manifesting Academy. The 39-year-old(as of 2019) author wrote the best seller book of 2019 entitled "Dear Universe:200 Mini-Meditations for Instant Manifestations".

Personal Life of Sarah Prout; Is she Married?

Sarah Prout is currently married to her long term boyfriend turned husband, the famous author Sean Patrick Simpson. The duo shares a good bond and is in a relationship nearly for a decade. They are successfully celebrating their six years of a marital relationship. 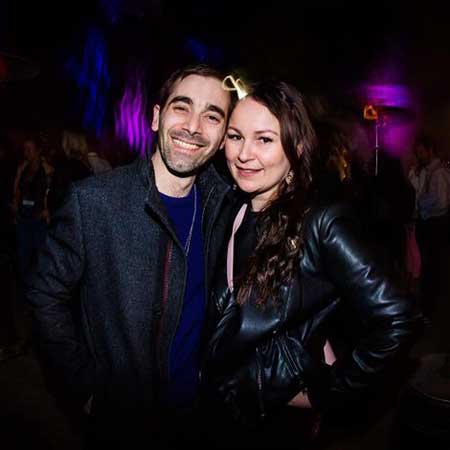 The duo first met via Twitter where both of them were working in a similar field. First, they started to message each other for a year and finally decided to meet. Then, Simpson flew to Australia to meet Sarah for the first time after the 12th day of talking in the skype. What's more, he asked permission to Sara's father for proposing Sarah.

Sean then proposed Sarah with a big surprise on her 33rd birthday in 2012. Here you can see the proposal video of Sean to Sarah;

The pair soon shared the wedding vows on 21st September 2013 in Los Vegas at the Rumor Boutique Hotel. The wedding was an intimate ceremony where the bride and the groom were surrounded by their friends and family.

Sarah and her husband are proud parents of their two children named Lulu Dawn Prout born on 23rd March 2015 and Ava Moon Prout. Besides, the road to became a mother was difficult for her as she faced one miscarriage before her marriage and two miscarriages after her wedding. Additionally, Sarah has two children from her previous marriages.

The Unfortunate first marriage of Sarah:

Sarah was previously married at the age of 19 with her first husband. She explained her first marriage as the biggest mistake of her life as it turned her life upside down. During a speech, she once said;

"The guy asked me to marry him and I said 'yes' because I wanted to feel chosen. I should have said 'no'."

Prout wanted somebody to love her unconditionally but nothing happened as she expected and she faced an unfortunate wedded life. In fact, she was facing domestic violence for over 10 years and spent her days in tears, many bruises, and many tantrums.

One day when she returned home, she found her husband drunk who piled up all her clothes waiting to be set alight, her computer was in two parts, her desk was cut into two half with an axe. In addition, the photos of her grandmother have ripped apart along with the letters she wrote to her before she died.

Prout cried and was so scared of her husband,  and called her father at 3 am and asked him "Dad what do I do?". After that, his father replied saying you call the police silly girl". Then finally, Sarah became strong and called the police and left the home with 2 suitcases 2 kids and over $30,000 worth of debt.

What is the Net Worth of Sarah Prout?

Sarah Prout's net worth lies somewhere in between $700,000-$2 million, all thanks to her career as an active motivational speaker, spiritual activist, co-founder of the Manifesting Academy, an entrepreneur, and an author. Further, the average salary of a motivational speaker is $107,173 annually. Similarly, the average salary of an author is $55,420 a year.

If you want to change your life, be the love you believe you deserve. ? ?Find someone that has done it before you to inspire the way. Trust in your journey. ? ? Know that life is full of opportunities to grow, and that you have to be brave enough to allow the change to happen. But, if you remember that you are worthy of love, that you can show yourself compassion when times get tough, rise above fear, embrace love, and remember your power. ?If you do these things, you’re creating an easier path for yourself, your children, and future generations. The gift that is revealed in times of suffering is that, forgiveness and healing is possible when you can be the love you believe you deserve.

The famous 39-year-old business women is an author who wrote the best selling book named Dear Universe:200 Mini-Meditations for Instant Manifestations in 2019. The book was launched on April 2 of 2019 and is available at the price of $13.52 for hardcover.

If you’ve just followed me because you’re one of the 4 MILLION+ people that have seen my @goal.cast video in the last 24 hours - welcome and thank you! ? ?? ? Did you know that I released a book two weeks ago which shares my story? It’s called #DearUniverse. If you’re ready to #BeTheLove and begin the next chapter of your life then make sure you get a copy. ?? ?? You can get #DearUniverse from anywhere you can buy books...?? @barnesandnoble, @amazon , @target or visit DearUniverse.com ?

She started her career as a motivation speaker and worked in numerous events. Afterward, she was awarded for her hard work. As of now, she is hosting the Journey to Manifesting podcast and is working as a co-founder of the multi-million company The Manifesting Academy.

Here take a look at the video of Sarah and her husband's love story and their wedding:

Sarah and her husband Sean are proud parents of their two children and one of them is Lulu Dawn Prout.

Sarah and her husband Sean are proud parents of their two children and one of them is Ava Moon Prout.