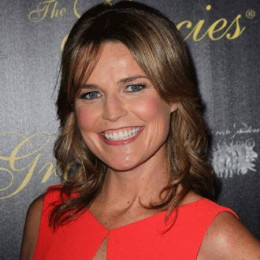 An American renowned journalist who is currently working as anchor for NBC News. She was also a former news reporter of NBC News. Her father was in Australia because of some work. Later the family returned back to United States. She attended Amphitheater High School located in Tucson. She has also obtained degree in journalism from University of Arizona. She started her career in broadcasting at ABC affiliate KMIZ. She is also co-anchor of Today Show alongside with Al Roker. Until 2008-11 she worked as White House correspondent.

Savannah Guthrie was born Savannah Clark Guthrie on December 27, 1971, in Melbourne, Victoria, Australia where her father was stationed for work. Later, her family moved to the United States. She holds American nationality and belongs to the White ethnicity.

Savannah Guthrie started her news career in ABC affiliate KMIZ, in Columbia, Missouri where she worked for nearly two years. Then she joined  NBC affiliate KVOA in 1995. She also worked for the law firm Akin Gump Strauss Hauer & Feld. Guthrie became a national trial correspondent for CourtTV in 2004.

In September 2007, Guthrie joined NBC News as a correspondent. She covered the high profile news as a result on December 18, she was named  White House correspondent for NBC News. She also served as the news anchor and substitute anchor on NBC Nightly News. 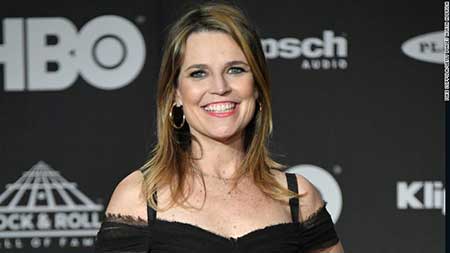 Guthrie becomes co-host of the 9 a.m. hour in 2011. After a year, it was announced she would co-anchor The Today Show and during her time at Today, she was widely recognized for highly regarded interviews. In 2011, she interviewed Donald Trump. Since 2012, she has hosted the Macy's Thanksgiving Day Parade on NBC. Besides journalism, Guthrie made a cameo in the 2015 film Sharknado 3: Oh Hell No!.

Savannah Guthrie has an estimated net worth of $2 million as of 2017 and her ner worth would surely rise in 2018. She joined NBC in 2007 and became the part of numerous shows and programs. She is one of the highest paid news reporters of NBC. Reportedly, she earned $7 million a year from NBC.

In 2017, Guthrie and her political-consultant husband, Michael Feldman sold their Tribeca Condo for $6 million which they purchased in 2012 at 3.8 million

Savannah Guthrie married to Democratic politicians and communications consultant, Michael Feldman. The duo exchanged a vow on March 15, 2014, at an intimate ceremony. The duo is dating for four years before tying the knot. They first met in 2010 and engaged in May 2013 while vacationing on Turks and Caicos. After the two days of the wedding, Gutherie announced she was four months pregnant with her first child. 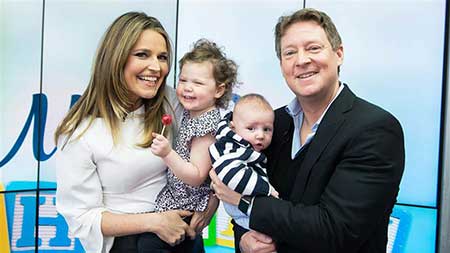 Savannah Guthrie along with her family,
Source: Today Show

In August 2014, the couple welcomed their first daughter, Vale Guthrie Feldman in New York City. After two years on December 8, 2016, she gave birth to their son Charles Max. Previously, she married  BBC News presenter, Mark Orchard in December 2005. However, the couple failed to handle their married life and divorced in 2009.

Professionally he is a democratic political and communications consultant. Together they are parents of one cute baby girl.

She is the only daughter of the family. Her picture while she was baby can be found in internet.