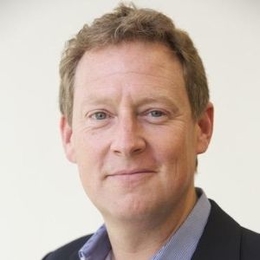 Michael Feldman is an American public relations and communications consultant who has served as a senior advisor to Vice President Al Gore. He is also known in the media as the husband of Savannah Guthrie, co-host of NBC News morning show' Today.'

Michael Feldman is the Husband of News Anchor Savannah Guthrie

Michael Feldman met his future wife, Savannah Guthrie, in 2008 at his 40th birthday party. She came along with a mutual friend. At that time, Savannah was married to Mark Orchard, and hence there was no development in their relationship.

Nonetheless, by 2009, the Today host was divorced from her first husband, and later that year, Feldman and Guthrie started dating. After being in a relationship for four years, on May 2013, Tufts University alum proposed to her during their trip to Turks and Caicos. 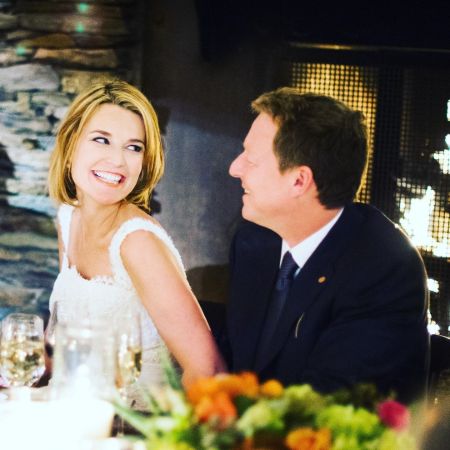 The pair tied the Knot on March 15, 2014, in Tuscon, Arizona, at a small wedding. Only close friends, family, and Today family, including Matt Lauer, Al Roker, Hoda Kotb, and Willie Geist, were in attendance. At the reception, the couple broke the happy news to the wedding guests that they were four-month pregnant with their first child.

Feldman and his wife welcomed their first child, a daughter, Vale Guthrie Feldman, on August 13, 2014. At that time, he was 45-years-old. In an interview, he talked about being a parent in his forties. He stated;

"It was always something I aspired to but never felt like I was ready for. Then when we finally decided to do this together, it felt like it was the right time. And everything happens in its time.” 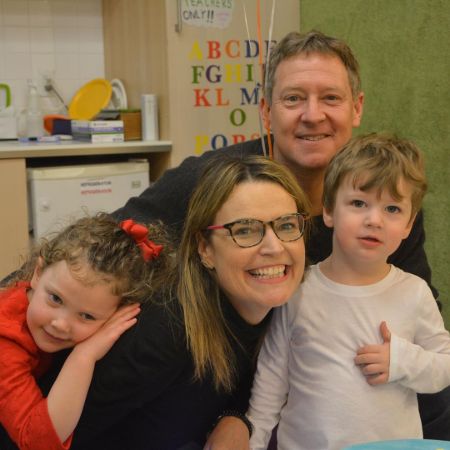 The couple is also parent to a son named Charles Max Feldman, who was born on December 8, 2016.

Michael Feldman is a Consultant; Learn his Net Worth

Michael Feldman started his career in the early nineties as Floor Staff Assistant at United States Senate. After that, he worked at the Clinton Campaign and after Clinton's win became Deputy Director of Legislative Affairs at the Office of the Vice President.

After four successful years at that position, Feldman was promoted to a senior adviser and traveling chief of staff to the VP. It is reported that he played an important role in Gore's decision to contest the presidential election results. 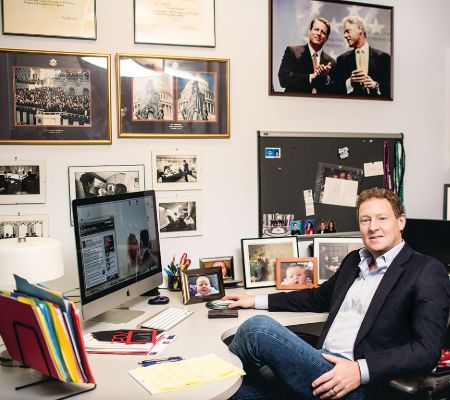 After Gore's loss, Feldman left public jobs and co-founded The Glover Park Group,  a public relations and communications consultancy. Currently, he holds the Managing Director position in the company and leads its entertainment and environmental practices.

Given he is a founding member of a big company, there is no doubt his Net Worth is most probably is in the millions. 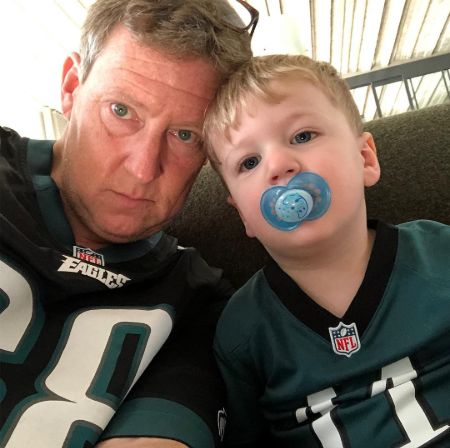 Savannah Guthrie is a American Journalist and a attorney. Guthrie and her husband, Michael, share two kids.

Vale Guthrie Feldman is the first child of Michael Feldman. He wrote a touching letter to her, which was published on Today.com.

Charles Max Feldman is the son of Michael Feldman and Savannah Guthrie. Charles has a older sister.