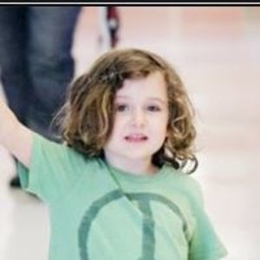 Sawyer Jane Gilbert-Adler is the celebrity daughter. She was born to accomplished actress, Talk show host Sara Gilbert and TV producer Allison Adler. So, is Sawyer planning to walk in her parent's footsteps?

Sawyer Jane Gilbert-Adler is best known as a celebrity kid in Hollywood. Sawyer is the daughter of actress Sara Gilbert and TV producer Ali Adler who came into media attention ever since her birth. 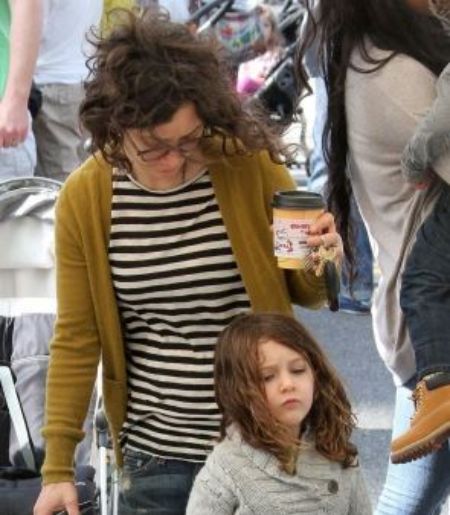 A lesbian couple Sara and Ali, had Sawyer through inVitro fertilization. However, detail of the biological father is not disclosed. Meanwhile, their eldest child, son Levi Hank, was born to Allison Adler after being conceived through IVF in October 2004.

Well, the duo announced their amicable separation in Aug 2011. They currently share joint custody of their two children. After the split from Adler, Sara began dating Linda Perry. The lovebirds engaged in April 2013 and exchanged vows on March 30, 2014, at Malibu.

In Feb 2015, Sara gave birth to their son Rhodes Emilio Gilbert Perry, with Linda Perry. The duo filed for divorce in December 2019, four years after Rhode's arrival. In the same year, Gilbert left the show 'The Talk' to spend more time with her family.

Not to mention, Sawyer made an appearance with her former stepmom Linda Perry on show. She paid tribute with the song titled" Mama" to Linda on the show' The Talk'  That's when the world also witnessed the great singing voice Sawyer is blessed with.

Furthermore, Jane Gilbert-Adler prefers to keep herself and her personal life away from the limelight. The famous kid is still very young to be committed to any relationship or have a boyfriend.

What's the Net Worth of Sawyer Jane Gilbert-Adler?

The brown-haired is not active on social media and is currently focused on studies. Sawyer shares a great bond with her sibling and often hangs out with her parents. As a celebrity child, the 14-year old enjoys a lavish lifestyle.

Check out the video of Sawyer Jane Gilbert-Adler performing at 'The Talk' with Linda Perry.

Speaking of her mother, Sara made her on-screen debut in 1984 with the television movie " Calamity Jane." Sara is best recognized for her portrayal of Darlene Conner on ABC's sitcom 'Roseanne.' Many people remember her as Leslie Winkle on CBS's Big Bang Theory.

The talk show creator has summoned an impressive net worth of $40 million. Meanwhile, Ali Alder, co-creator of 'Supergirl' and 'The New Normal'possesses $6 million. The lady is also popular for her contribution to ' Family Guy' and ' Chuck.'

In addition, it was revealed in March 2022 that Sawyer will be joining 80 for Brady which is an upcoming comedy movie of Tom Brady. And, Brady will be working alongside fellow A-lister actors that include Sally Field, Lily Tomlin, Jane Fonda, and Rita Moreno.