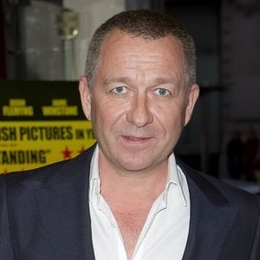 An English actor Sean Pertwee is well-known among people for his portrayal role of Inspector Lestrade in the series Elementary. Similarly, from 2014–2019, he appeared in Gotham as the main cast Alfred Pennyworth. Throughout his nearly four decades-long careers in the entertainment industry, the actor has also played in a number of hit movies.

Conjugal Relationship With His Wife

The Hammersmith, London native, Sean Pertwee is enjoying a happy married life with his beloved wife Jacqueline Jane ″Jacqui″ Hamilton-Smith. His partner in crime is a makeup artist. 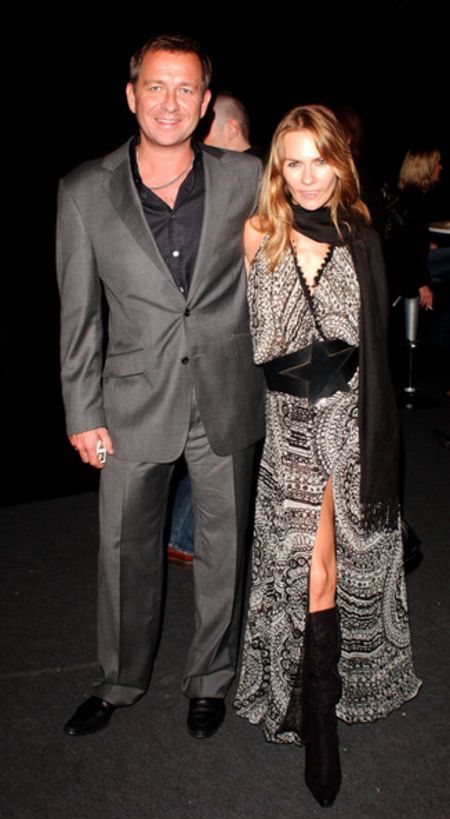 An English actor Sean Pertwee with his spouse SOURCE: Pinterest

Pertwee and Jacqueline exchanged the vows on 12th June 1999 at the House of Lords. Their wedding was a private one that took place in the presence of close friends, family, and relatives. 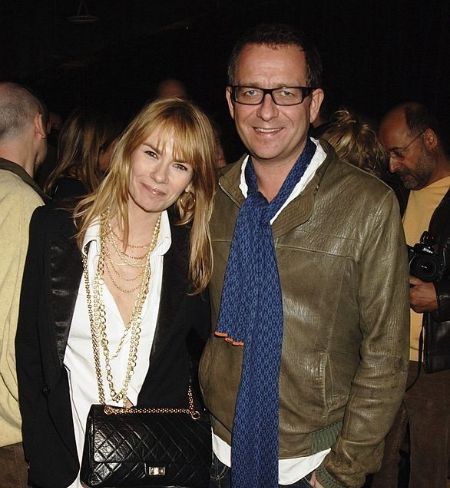 Both of them are open about their relationship and does not hesitate to talk about it on interviews. They are loving and supportive husbands and wives. Further, they help one another in their respective professions.

Pertwee and his spouse are in a marital relationship for over two decades and still, they share a strong bond. So far, they haven't been the part of rumors and controversy regarding their split and other affairs. 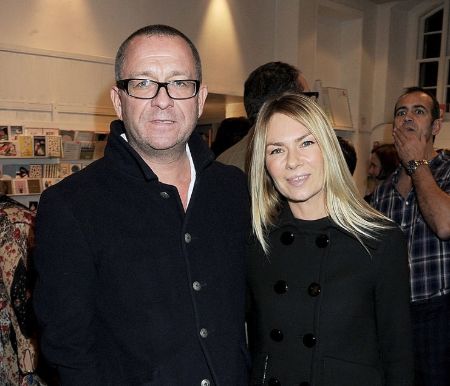 The pair also make public appearances together in events and shows such as the red carpet. A Bear's Tail cast also shares adorable photos of his other half on his social accounts with lovely captions. Seeing this all, we can definitely say, the man's a keeper.

Cleopatra star and his wife Jacqui Hamilton-Smith were blessed with two kids, sons. His wife gave birth to twins, sons in December 2001. Their children were born prematurely within 25 weeks.

They named their sons as Gilbert Pertwee and Freddy or Alfred Pertwee. The birth of their offsprings brought huge happiness in their life, however, it did not last for long. 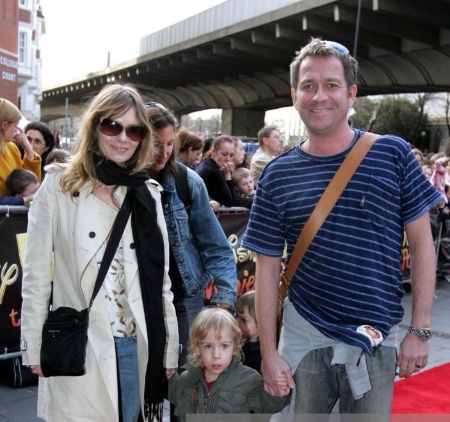 Sadly, their son Gilbert Pertwee passed away just after four days of his birth. Whereas, their other son Alfred luckily survived. Sean revealed that their son survived after being in a coma for three-and-a-half months.

After their son survived, Pertwee became proud of him and promised always to be by his side. In an interview, the actor said, he will always support his child with his full effort and ability in whatever he decides to do in his life. 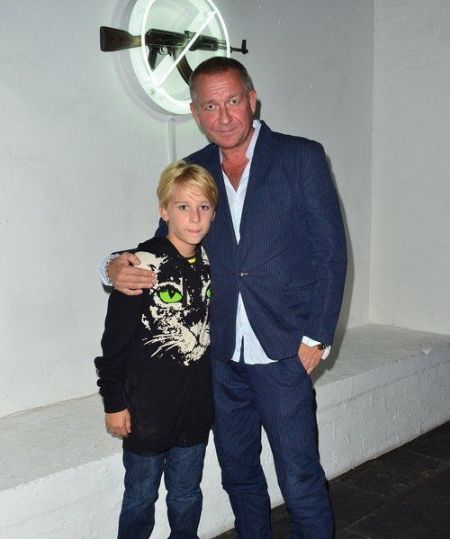 Pertwee told, his son is an extraordinarily calm child and has an older soul as well as unusual calmness. He says Freddy's unique behavior is the reason behind his survival. Sean added, his soul was there even though he was in a coma.

Moreover, Pertwee claimed that his father would be a proud grandfather if he was alive. According to Sean, his father used to say, “Hurry up – I want to be a grandad!” Further, his father was remarkable with kids and also had a natural affinity with them.

His Net Worth is $5 million!

Sean Pertwee began his acting career in the 1980s and since then, he is still active in the entertainment industry. From decades-long career as an actor, he has amassed a colossal amount of money. He holds an overall net worth of $5 million.

From 2014–2019, he appeared regularly on the series Gotham as Alfred Pennyworth. He co-starred alongside Robin Lord Taylor, Camren Bicondova, David Mazouz, and Ben McKenzie.

Pertwee played in the film Cleopatra budgeted $31.12 million, meanwhile, it earned a total of $57.7 million on the box office worldwide. Likewise, his 2013 movie Alan Partridge: Alpha Papa was a commercial success. It made a total box office collection of $9.8 million against its production budget of $5.2 million.

An English actor Sean Pertwee walked down the aisle with his wife Jacqui Hamilton-Smith on 12th June 1999.

Gilbert Pertwee was the son of an actor Sean Pertwee and his wife Jacqui Hamilton-Smith but he sadly passed away within a few months after birth.

Alfred Pertwee is the son of an actor Sean Pertwee and his wife Jacqui Hamilton-Smith, a makeup artist.