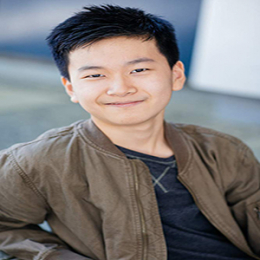 Sean Quan is one of the young talented actors who is gaining a lot of appreciation through his recently released movie "Good Boys". In his short acting career, he already is part of many high profile projects such as "Riverdale", "Deadpool", and "Impastor".

The child actor Sean Quan garnered fame in a short time with some successful projects. He is currently focused on building his career and is enjoying his stardom.

The 16 -year-old actor Sean Quan is old enough to date, however, he is yet to provide any hint that might suggest he is in a relationship. Moreover, it looks like he is single at present and is focused on improving his acting profile. Furthermore, he is not linked with any of his co-stars as well. 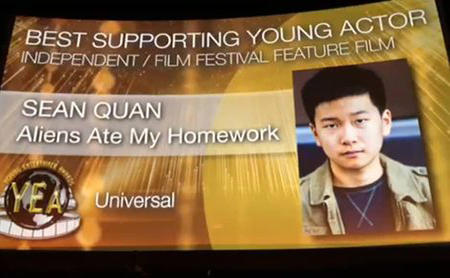 Sean Quin nominated for an award.

Sean Quan likes to keep his family members hidden from the spotlight. He is yet to reveal his parents' identity. He, however, once posted a picture with his great Uncle Raymond Chan, who is a former Canadian politician.

Just had lunch with my great uncle, Raymond Chan. He is a well-known former politician. Richmond MP and Secretary of State Asia-Pacific.

The young actor is active on Instagram; however, he does not post many pictures on the site. He mostly shares images related to his profession and hardly shares any personal images.

From the few personal pictures, Sean shared, it looks like he is an outdoor person. He goes on road trips and enjoys skiing. In addition to that, he loves spending time with his puppy Lucky, which is a Siberian Husky.

What is Sean Quan's Overall Net-worth? Know in detail about her Income and Salary

Sean Quan started his acting career when he was just ten years old. He is working in the entertainment industry for over half a decade and is garnering a decent sum in the process.

Sean Quan's net-worth lies between $100,000-$300,000 which is similar to a fellow young actor and co-star Brady Noon. The primary source of his fortune is his acting career. He has worked in over 22 projects, including movies and television. On average, a child actor's minimum salary is $5,258 a week for half-hour episode show. 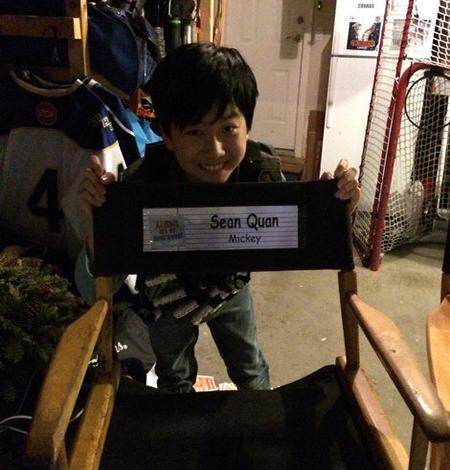 Sean Quan showing his chair on the film set.

Sean Quan is part of many Sucessful Shows and Movies.

Sean Quan is working as an actor from 2013. He is part of sucessful television series such as "Riverdale" and "Nina's World".

Sean, In addition to that, worked in movie "Deadpool" alongside Ryan Reynolds and T.J.Miller. The film made an eye-popping $783.1 million against the budget of $58 million.

Can't think of a better way to spend the summer. We are on set for the sequel to the movie Aliens Ate My Homework (currently streaming on Netflix), ALIENS STOLE MY BODY. Cast and crew are back bigger and better than ever. I don't miss school one bit. #AliensStoleMyBody #aamh #universal1440entertainment #laycarnageyentertainment @universalentertainment @aliensatemyhomeworkmovie

Sean furthermore is gaining a lot of attraction for his 2019 released movie "Good Boy". In the movie, he shares the screen with actors such as Midori Francis, Molly Gordon, Jacob Tremblay, and Will Forte.

The year 2019, looks like a big year for him. He furthermore, will appear in Shawn Vance and Daril Fannin's highly anticipated Netflix series, "The Green Beret's Guide to Surviving the Apocalypse."

Sean Quan is a Sucessful Model

The young actor is a sought after child model and has worked with many brands, including Walmart. On, average, a child model in the USA earns $1,000-$1,200 per day or $75 per hour. 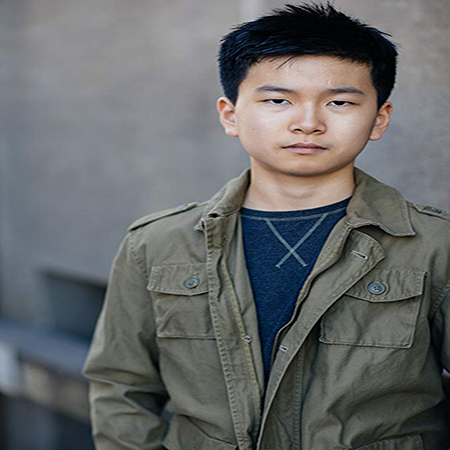