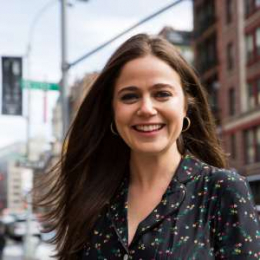 American actress and voice actress, Molly Gordon is widely known for her acting skills across Hollywood. She is best known for portraying the role of Maddie in the 2018 comedy film, 'Life of the Party'. She is also known for her works in the television series like the 'Animal Kingdom', 'Ramay' and 'Sin City Saints'.

Who wouldn't like to date a beautiful girl like Molly Gordon? Well, Molly Gordan is an American actress who gathered lots of love and praise from her fans and also stole many hearts around the globe. But is there anyone who stole the heart of the actress?

Molly Gordon is presently dating her long-term boyfriend, Nick Lieberman. The duo is open about their relationship and is together from over five years. Moreover, while scrolling through the Instagram of the duo, they are together since 2014. 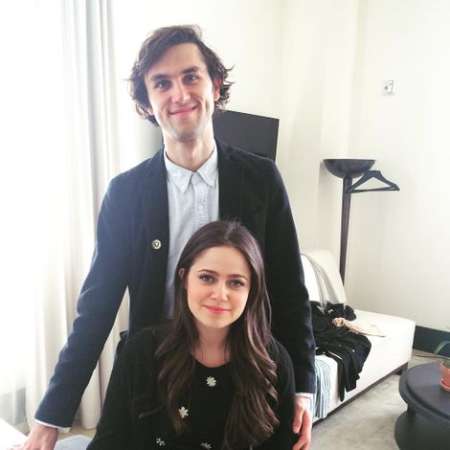 Gordan is currently living happily with the love of her life, and she shares unconditional love with her better half. Further, the relationship between them seems fluid, as there is no sign of break-up between them.

The ''Bewitched'' star is out of any dating rumors regarding her early life. Additionally, she is never linked with any men until now, other than Nick.

What is the Net Worth of Molly Gordon?

Molly Gordon is a popular American actress who is known for her acting skills in numerous films and television series. She is also a well-established voice actress who collected a healthy sum from her voice acting career.

Molly started her acting career after starring in the 2001 film named "I Am Sam." Since then, she acted in numerous films including "Bewitched," "Ithaca," "Love the Coopers," and "Good Boys" among others. Furthermore, among all of her films, Bewitched was a blockbuster which collected a total of $131.4 million on the box office against the budget of $85 million. Following that, the film was starred with the actors like Nicole Kidman, Will Ferrell, and Michael Caine among others.

As of 2019, she appeared in the comedy film, Good Boys. She shared the screen with Jacob Tremblay, Brady Noon, and Keith L. Williams among others.

Watch the interview of Molly Gordon:

Gordon further is also a television actress who worked in many television series after debuting in the 2015 series titled "Sin City Saints," "Orange Is the New Black" and "Ramy." Besides, she also gave her voice in the series like ''Our Cartoon President" and the "Animal Kingdom." What's more, she also worked in the theatre played titled "Alice by Heart."