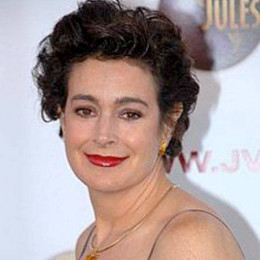 Mary Sean Young is an American actress known for her performance in the films like "Blade Runner," "No way Out," "Wall Street" and "Cousins". She is the daughter of Donald Young Jr, a television producer and journalist and Lee Guthrie, a screenwriter, public relations executive and journalist. Before becoming an actress, she worked as a model and dancer. Young graduated from Cleveland Heights High School followed by Interlochen Arts academy. Young began her film career in 1980 in the film "Jane Austen" followed by a role in the 1981 film "Stripes".

Famous American actress, Sean Young is popularly known for her role in several movies including Stripes, Blade Runner, Dune, and Wall Street among others. She made her Hollywood debut in 1980 in a movie, Jane Austen in Manhattan.

Regarding her personal life, Young is married to Robert Lujan. The couple shares two children together. They divorced in 2002 and remarried in 2011.

Sean Young was born Mary Sean Young on 20th November 1959 in Louisville, Kentucky under the birth sign Scorpio. Young is American as per nationality and belongs to White ethnicity.

Young is the daughter of Lee Guthrie and Donald Young. Her mother, Lee is a screenwriter and her father Donald is a TV producer. Her parents raised her with her sister, Cathleen Young in Kentucky.

Young is Cleveland Heights High School in Cleveland, Height, Ohio and the Interlochen Arts Academy. Later, she joined the School of American Ballet in New York City. Initially, she worked as a model and ballet dancer.

Sean Young made her Hollywood debut in 1980 as Ariadna Charlton in Merchant Ivory film, Jane Austen in Manhattan directed by James Ivory. The following year, she portrayed the character of Louise in buddy military comedy film, Stripes. Her performance was highly appreciated by the number of fans.

In 1982, Young shares the screen with Harrison Ford, Rutger Hauer, and Edward James Olmos in neo-noir sci-fi film, Blade Runner. Four years later, she played the female lead opposite Lenny Von Dohen in Under the Biltmore Clock. She then worked in several movies including Dune, Cousins, Fire Birds, Forever, Men, A Killer Within, and Darling among others.

Young made her TV debut in 1984 in an episode of American Playhouse. She then worked in several TV series like Blood & Orchids, Everything to Gain, Gun, First to Die, Third Man Out, and ER.

One of her popular work includes CBS' soap opera The Young and the Restless. She was associate in the series from 2010 to 2011 appearing in 45 episodes. She shared the screen with Eric Braeden, Melody Thomas Scott, and Eileen Davidson. As of 2018, she worked in TNT's period drama TV series, The Alienist.

Sean Young has an estimated net worth of $3.5 million. Young worked in several movies with an impressive box office collection. Here is the list of her own awards:

According to some online sources, a TV star averagely earns a salary that ranges from $150k to $1 million.

Sean Young is a married woman. Young tied the knot to her boyfriend turned husband Robert Lujan in 1990. The couple shares two children, Rio Kelly Lujan and Quinn Lee Lujan together and both of them are boys. Due to some undisclosed reasons, the couple divorced in 2002 and again remarried in 2011.

Young has a list of boyfriends and has also been married and divorced a couple of times which is not hidden in media. She was first known to be romantically involved with actor James Woods in the year 1987. After successful affairs, they broke up and then she started dating her future husband Robert Lujan.

In 2008, Young went to a rehabilitation for alcohol abuse. Three years later, she was placed under a citizen's arrest during an after party of the 84th Academy Awards. At the event, she was asked to leave as she did not possess a ticket.

As of 2018, she along with her son were accused of stealing MacBook from Astoria, Queens production office for the film Charlie Boy. They were caught in a video removing two MacBook Laptop which valued $12k.

Check out the interview with Sean Young:

Robert is an actor and composer. He was previously married to Sean Young in 1990 but divorced in 2002 but they remarried in 2011. They are parents to their two children,Rio Kelly and Quinn Kelly.