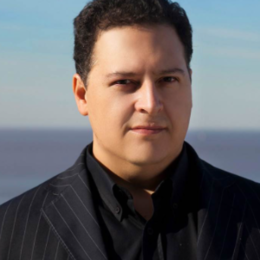 Sebastian Marroquin is the son of late Colombian drug lord Pablo Escobar. Juan, his sister Manuela and his mother Maria Victoria Henao changed their identity to protect the family before moving to Argentina.

Sebastian Marroquin is happily married to his long-term partner Maria Angeles Sarmiento after dating for several years. Sebastian and Maria tied the knot at an open-air mass in a hotel n Buenos Ares in 2003.

And, considering the deadly background of his father, Sebastian's family was living in difficult circumstances after Pablo was hunted. 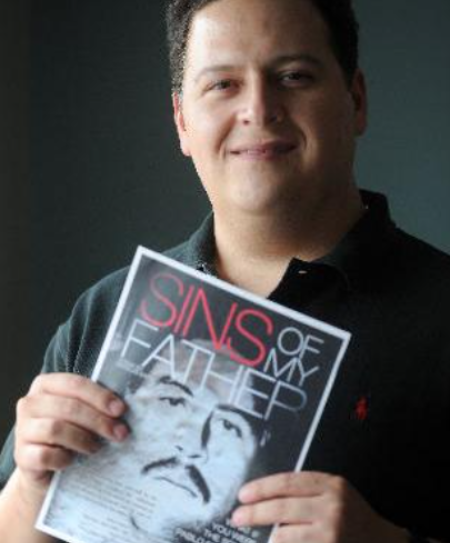 Additionally, Marroquin gave a speech at a school conference in front of some three thousand students in March 2022 at San José Iturbide, Guanajuato. The main motive of the event for Sebastian was to raise awareness on addictions and their prevention. Sebastian also shared some personal stuff on how his family never had freedom and always had to hide from their enemies despite all the money his druglord father had.

Who are Sebastian Marroquin's Parents

Marroquin's parents, Maria Victoria Henao and Pablo Escobar were married for 17 years.  Maria met Pablo at age 13 through her brother, Carlos. They fell for each other and immediately tied the knot in 1976.

The couple gave birth to their son Juan Pablo Escobar in February 1977 and daughter Manuela Escobar in 1984, in Brownsville, Cameron County, Texas. She was only ten years when Pablo was shot dead on 2 December 1993 by Colombian national police. Pablo would do anything for Manuela as he treated her like a princess. 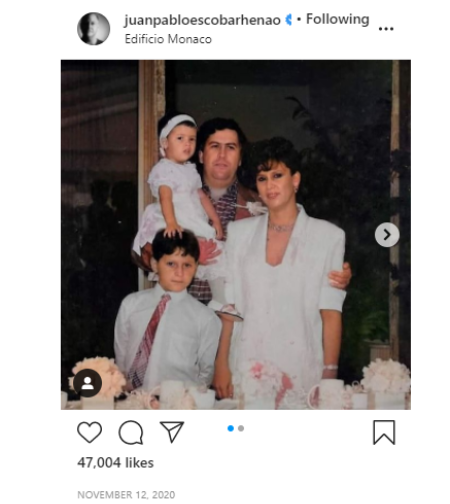 The narcoterrorist once burnt $2 million to protect his daughter from Hypothermia when they could not reach hospitals. So, followed by the demise of her father, Manuela suffered depression. In addition, Sebastian, his sister Manuela and his mother Maria Victoria sought refuge after the death of Pablo.

In 1994, the Colombian government provided them a new identity. The family of three lived less than two weeks in Mozambique, an African country. Then in December, they fled to Buenos Aires, Argentina. Juan Manuela Marroquin Santos and Sebastian attended public school like normal children.

Sadly, when the Argentine government found out, they were convicted and arrested for fake identity and money laundering. Manuela was excused because she was a minor. Manuela, however, later tried to end her own life.

Marroquin makes a big amount from his career as an author and professional architect. He came to media attention for being the son of drug lord Pablo Escobar, who ran Colombian drug organization Medellin Cartel amidst the 70s and 80s. His cartel supplied around $80% of the drug in the United States.

Pablo Escobar was listed under the International Billionaires by Forbes for seven years until 1993. Likewise, Sebastian's mother, Maria Victoria, is a businesswoman who served her husband as a business advisor. Some sources even claim that Escobar's family is living a lavish life with the stolen drug money.

Sebastian's family at least had 30 lavish motorcycles, 100 vehicles, an airport, ten houses, a private zoo with over 1000 animals, and a Hacienda Napoles mansion. Pablo paid $2 million for each elephant; he sent different people worldwide to buy animals.

Maria Angeles Sarmiento and Sebastian Marroquin are happily married for seventeen years. They share one child together.

Juan Emilio Escobar is the only child of Maria Angeles Sarmiento. with Sebastian Marroquin, Juan is 13-15 years old.