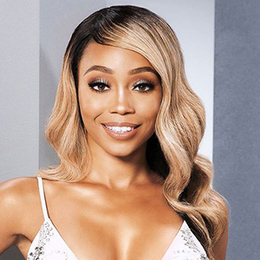 The Real Housewives of Atlanta star, Shamari Fears is the lead singer of Blaque. Along with a great singer, she is also a loving wife and caring mother.

Shamari Fears is married to her boyfriend turned husband, Ronnie DeVoe on 10th March 2005. For the wedding, the bride went for a white gown whereas the groom opted for a black suit. 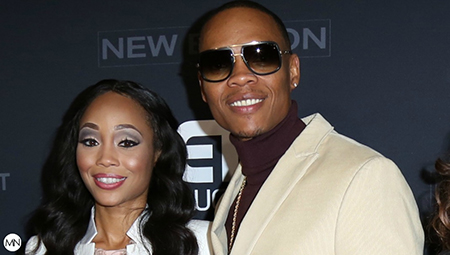 Shamari Fears and Ronnie DeVoe together at an event. SOURCE: madamenoire

Many celebrities including Bobby Brown and Ricky Bell attended the wedding. They not only attended the marriage but also performed.

Years after their wedding, they had an open marriage which later helped them to extend their marriage. Moreover, during their open marriage, they slept with multiple people.

Well, the couple first met in 2001 at the MTV's Icon Award ceremony. Later, Ronnie approached her in a club. But during the time, she was already married.

The husband-wife pair are blessed with fraternal twin boys. Their children Ronald and Roman were born in 2017. 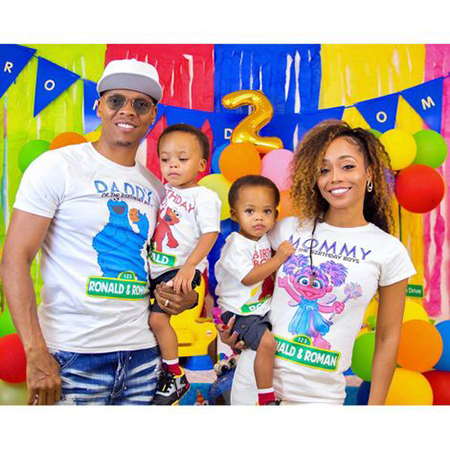 Shamari and Ronnie with their children. SOURCE: Shamari Fears Instagram

The duo moreover shares a great bond with their children. They keep on posting several pictures with the kids on their social media.

Like any other couple, Shamari and Roonie also faced ups and downs in their relationship. In 2014, they started facing problem in their conjugal life while collaborating on an album.

The Real Housewives Of Atlanta Housewives star, Shamari later mentioned that her husband was not listening to her and he was having meetings without her. Due to such issues, the star moved out. She then started visiting one of her husband's bandmates, Amy Bell, who took her to church.

After going to the church, she started realizing the importance of marriage and returned to her house and convinced her partner to see a marriage coach.

Marriage counsellers the Layton's helped them to improve their relationship. Subsequently, the pair renewed their marriage on 10th March 2016 on the occasion of their 10th wedding anniversary.

Back in 2018, the couple took 300 other couples to Kennesaw Mountain National Park. They organized a 2-mile Married 4 Life Walk, a coaching and counseling sessions/exercises. The man aim of the campaign is to strengthen the bond of the marriage couple.

Have a look at the video:

Shamari Was Once Divorced

The star has previously exchanged the vows with her ex-husband. It was rumored that Shamari cheated on her ex-partner with Ronnie.

Is Shamari A Lesbian?

The member of ''90s Girl Group'' once had a lesbian relationship with the hip-hop star, Missy Elliott. The star revealed about the relationship in an episode of Real Housewives of Atlanta. 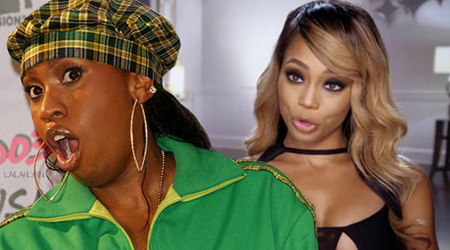 Shamari Fears and Missy Elliott in a picture. SOURCE: lailahlynn

As per Shamari, she had an open relationship and had dated several women in the past. Due to their affair, fans started questioning her sexuality. But it later turned out that she is straight.

On 10th March 2005, Shamari Fears and Ronnie DeVoe got married. Many other celebrities attended the ceremony.

Shamari Fears and Roonie DeVoe share two children together. Among them, Ronald III is one born in 2017.

Roman Elijah is the second twin of Shamari Fears and Ronnie DeVoe. He was also born in 2017.