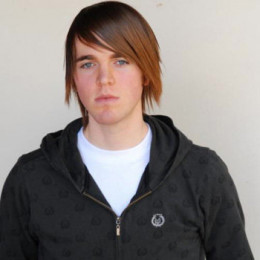 Shane Dawson, who was born as Yaw, is an American personality known for his YouTube videos, acting skills, singing, songwriting, directing and also as a comedian. He is known best for his hilarious impersonations of celebrities like Miley Cyrus, Paris Hilton, Sarah Palin and many more. His channel named ShaneDawsonTV has become the 129th most subscribed channel with 1.1 billion views. His parodies are too very popular.

Shane has recently been on the limelight for coming out as a bi-sexual. In his YouTube Channel, he revealed that he hid the fact from his family members and his girlfriend but is actually a bi-sexual in July 2015.

He was associated with two girls in the past since he rose into the heights of fame.

He lives in Calabasas with his fiance, Ryland Adams. The couple engaged on 19 March 2019. He shared beautiful images of the duo via Twitter and Instagram.

The love birds have been dating one another since a long time.

He released two New York Times bestselling books It Gets Worse and I Hate Myselfie.