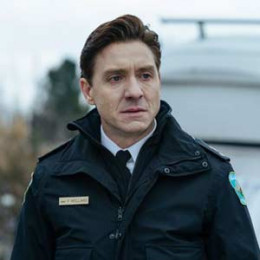 Born and raised in Wabush, Labrador, Shawn Doyle is one of the popular Canadian actors. He is best known for his role as Dennis Langley in the CTV drama series, The Eleventh Hour. He received two Gemini and ACTRA Toronto nomination for his breakthrough performance.

Doyle is active in the film industry since 1996. He played ironic roles in several movies and TV series. In 2007, he received Gemini Award for his role in The Robber Bride.

Currently resides in Los Angeles, California, Shawn Doyles is in a romantic relationship with his longtime girlfriend, PJ Prudent.

Shawn Doyle was born on September 19, 1968, in Wabush, Labrador, Canada. He is Canadian and belongs to the White ethnicity. His father was the founder of a local theatre group and often traveled the world, representing Canada at festivals.

Doyle has a keen interest in acting since his early days as his father has great influence on his acting career. He spent much of his youth in the high-school gym hanging out with his friends.

Later, Doyle moved to Toronto where he joined York University and studied theatre. He worked as Fight Choreographer and teacher during his initial phase of career.

Shawn Doyle joined the film industry in 1996 but he got his major acting break in 2000 in American science fiction thriller drama film, Frequency. After a year, he starred in the psychological thriller movie, Don't Say a Word.

Doyle debuted on television in 2002 with CTV drama series, The Eleventh Hour. He played the role of Dennis Langley for which he earned three nominations, two Gemini Awards, and ACTRA Toronto Award.

Then he featured in numbers of TV series like Desperate Housewives, 24, Big Love, Lost, Endgame, House of Cards, Frago and others. In 2007, he won Gemini Award for Outstanding Male Performance In A Dramatic Program Or Miniseries for his role in The Robber Bride. 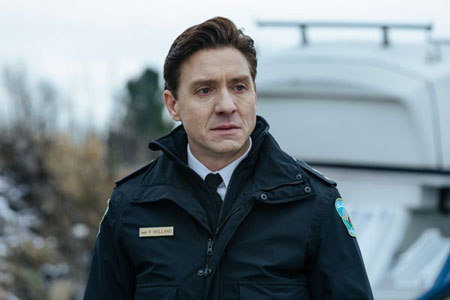 Shawn Doyle from the set of Bellevue
Source: Daily Actor

Shawn Doyle received  ACTRA award and Best Performance Award in 2013 for his performance in The Disappeared and John A: Birth of a Country. In 2015, he starred in the science fiction TV series, The Expanse.

Doyle was cast in the Canadian television crime drama series, Bellevue in a lead role of Peter Welland. The series hit the TV screen on February 20, 2017, and ran till April 2017.

He has also performed on a number of stage plays including both contemporary and classical. His critically acclaimed performances in 'Carol Churchill's "A Number" earned him the 2006 Dora (Canadian Tony) Award for Outstanding Male Performance.

Currently, he is busy with his upcoming project, The Rivals where he going to play the role of father of Canadian Confederation John A. Macdonald.

Shawn Doyle has played iconic roles in numbers of movies and TV series since 2000. Believing some online sources, his estimated net worth is in six digit figure but no official confirmation has come about.

Some of the lead stars from The Expanse collected $100k per episode. Doyle is also one of the regular cast, so he might earn the same amount from series.

Here are some of his highest grossing movies,

Shawn Doyle is in a romantic relationship with his longtime girlfriend, PJ Prudat. The duo is together for a long time. Doyle often posts her pictures on his Instagram which proves their real love for one another.

In March 2018, for the first time, the couple walked together at the red carpet at Canadian Screen Awards. The couple shared a healthy relationship with one another.

Just one more for the hell of it. Our first red carpet together. Grateful to have repped a show I'm proud of & that was very ?strangely shut out of every category but mine. Now SO grateful for its vibrant rebirth in the US! #canadianscreenawards #bellevuewgna @bellevuewgna

Previously he was married to Allegra Fulton. The duo dated for several years before tying the knot. However, they failed to handle their married life and citing some irreconcilable differences the couple split apart. 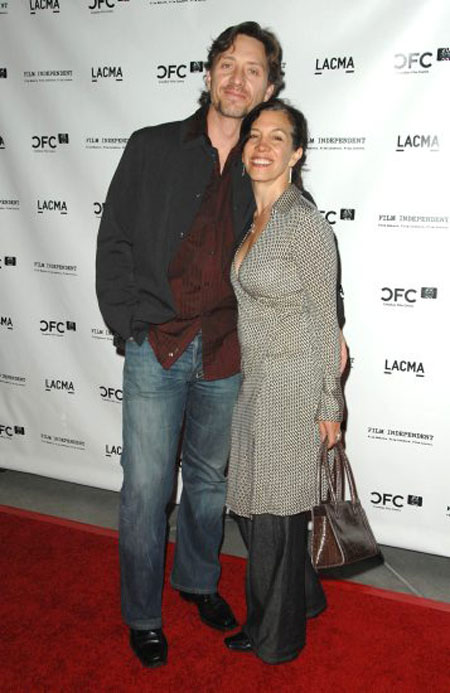 Doyle is quite secretive about his private life which might be the reason he hasn't revealed his marriage and divorce date.

Shawn shared a good bonding with his son, he often mentioned in an interview they are more like friends than a father-son relationship. In 2014, he returned back to Canada from Los Angeles for the sake of his son.

Once in an interview, Shawn Doyle stated acting is an unpredictable business, he said,

"I remember when I first went to Hollywood and auditioned for various projects. I'd be sitting in the auditioning room, waiting to go in, and I'd see actors that I grew up with on television."

"Actors who had been leads in their own television series. And they're there, sitting next to me, trying to get a shot at a role. It's a very competitive industry, which is why I'm so grateful."

Doyle is the cousin of the well-known Canadian singer, Damhnait Doyle. He is quite active on Instagram, as of 2018 he has more than 10.5k followers.

Check out the interview video of Shawn Doyle,

Doyle was married to Allegra Fulton. The duo dated for several years before tying the knot. However, they failed to handle their married life and divorced.

Rhys Doyles is the only child of Shawn Doyle. After his parents divorce, the couple shared a equal custody of Rhys.