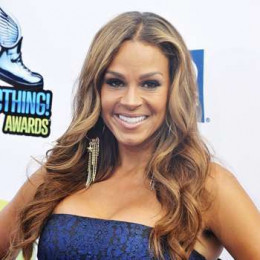 Sheree Elizabeth Zampino is an American reality TV star, who came to prominence as a cast member of the VH1 reality series Hollywood Exes. She earned her graduate degree from the Fashion Institute of Technology. Since an early age, she had an immense interest in acting. At the beginning of her acting career, which she started in the year 2001 by making an appearance in a movie called ‘Our Journey’.

Her personal life is full of ups and downs. Till now she has been married two times and both the time she filed for divorce with her husband. Actually, she got the media's attention due to her marriage as well. Her first husband is a popular American actor, comedian, producer, and rapper, with whom she has raised a son. Her second husband is a football player with whom she has now separated and has filed for divorce.

Sheree Zampino was born on 16th November 1967 in Schenectady, New York, United States. She is a daughter of Les Zampino, a founder of the Northeast Taekwondo Academy as well as worked in a theater company and her mother was worked in a finance company.

Her parents divorced when she started to live with her father. Zampino holds an American nationality and belongs to black ethnicity.

Reality Television personality, actor, and producer, Sheree Elizabeth Zampino is best known as the cast member of VH1 reality series named ‘Hollywood Exes’ as well as the first wife of Will Smith, an actor.

She won a degree from Fashion Institute of Technology and study business.

A talented and dynamic person, Zampino began her acting career in 2001 by an appearance in a movie called ‘Our Journey’. In 2012, worked on the television shows called 'Hollywood Exes.'

Zampino was featured on 'Oprah Winfrey Show' on the TV series called ‘Oh Drama!’. She is best known for her popular movies called Minay TV actress (2015) and Get 2013 Do Something Award (2013).

She and her ex-husband Smith hosted the 'Novel Peace Prize Concert' in OSLO Norway to celebrate Obama's winning of the prize on December 2011.

In August 2016, Zampino ex-husband, Smith told that he was grateful in the presidential campaign of Donald Trump as it allowed the cleansing of his supporters called "out of our country."

Zampino was previously married to Will Smith, an actor, producer, rapper, and songwriter. Her ex-husband was nominated for five Golden Globe Awards and two Academy Awards and won four Grammy Awards.

In 2007, Zampino married Terrell Fletcher, a former American football running back in the National Football League for the San Diego Chargers. The couple has a daughter named Jodie Fletcher.

There were rumored surfaced in the media which said that Sheree is preparing to get a divorce with Terrell but it is not confirmed.

Smith, still, has so much love for his ex-wife. He wished her a very happy birthday via Instagram post in November 2018 and called her the "best baby mama ever".

He posted a throwback image where the two were holding their son Trey Smith. He wrote,

Zampino replied the post thanking him for the sweet birthday wish.

"Awwwwwwwww…thank you baby daddy!!!!! I love you back! And thank you @treysmith0011 for being the reason we came together. And to @jadapinkettsmith for being an understanding, secure, and absolutely AMAZING wife, mother, Bonus-mom, and co-parenting partner!"

Smith and Pinkett married in 1997 and they have two children together Jaden Christopher Syre Smith and Willow Camille Reign Smith.

The gorgeous reality star, Zampino has a height of 4 feet 11 inches and has an estimated net worth of $6 million (2019).

Zampino and her ex-husband Will Smith donated $1.2 million to the school in 2010 and also in 2008 at the Presidential Campaign of Democratic Barack Obama the couple donated $4.6 million.

First Marriage with Will Smith

An American actor, comedian, producer, rapper, and songwriter, Smith is the first husband of Sheree. They were together for less than 3 years.

Former American football player Fletcher, is the second husband of Sheree. They filed for divorce in 2016.

He is the first child of Sheree, who by profession is an actor.

She is the youngest child and only daughter born to Sheree. Her date of birth has not been disclosed to the media yet.