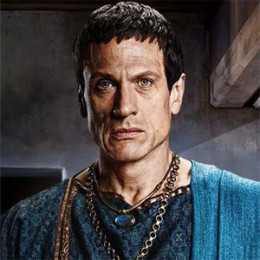 English actor Simon Scott Merrells is best known for portraying Marcus Licinius Crassus in the series, "Spartacus: War of the Damned". Besides movies, he has been a part of many stage play like "On the Waterfront", "Coriolanus", "Much Ado About Nothing" and so on. In 2018 he starred in series "Legends of Tomorrow" where he portrays Julius Caesar and "Knightfall" in the role of Tancrede de Hautville. He was cast in the Television series 12 Monkeys alongside Amanda Skull, Aaron Standford and Kirk Acevedo.

Simon Merrells was born Simon Scott Merrells on July 14, 1965, in Epping, Essex, England. He grew up with his younger brother Jason Merrells who is three years younger than him. Merrells was interested in acting at an early age and enrolled at a drama college later on. 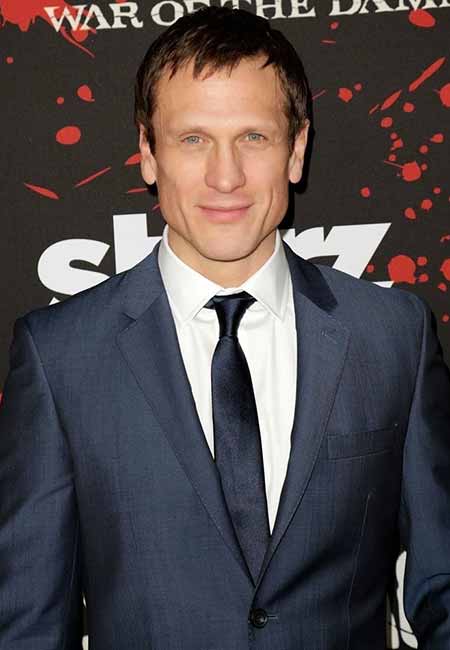 Simon Merrells is an actor who debuted in the entertainment industry in 2009 from a movie named Invisible Eyes where he portrayed Dan. After his debut, he started getting many movies and Television offers. The following year he appeared in the role of Ben Talbot in the movie The Wolfman along with actors Benicio del Toro, Anthony Hopkins, Emily Blunt, and Hugo Weaving.

He was very appreciated for his acting and was able to make a mark in the entertainment field. Merrels portrayed the role of a Roman commander named Marcus Licinius Crassus in the popular series Spartacus: War of the Damned in 2013.

For the character, he had to maintain himself so he went through a strict diet and four-week fitness boot camp to lose his weight. He has been cast in the Television series, London's Burning, Family Affairs, and Merseybeat. 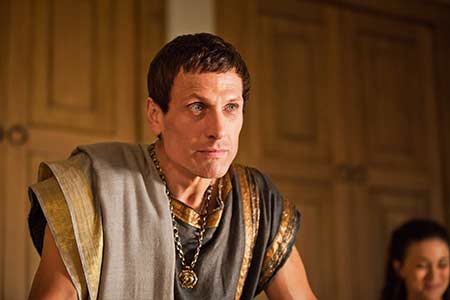 Simon Messells as Marcus Licinius Crassus in the series, Spartacus: War of the Damned.
Source: Pinterest

His 2018 projects include series Legends of Tomorrow where he portrays Julius Caesar and Knightfall in the role of Tancrede de Hautville. He was cast in the Television series 12 Monkeys in 2018 alongside actor Aaron Stanford, Amanda Schull, Kirk Acevedo, and Emily Hampshire.

Merrells started appearing in various stage plays before debuting in the entertainment field. In 2007, he played the role of twins in the production of his brother Jason named The Comedy of Errors.

Some of his plays include On the Waterfront, Coriolanus, Much Ado About Nothing and so on. He was nominated for The Stage Award in the Best Actor in Drama category for his role of Oedipus in Berkoff production.

The English actor Simon Merrell's net worth is not estimated and is still under review. His major source of earning is from movies and stage plays. His net worth is found out to be $250,000.

The actor despite of being more than 50 years old isn't married to anyone as of yet. There are rumors that he had already married many years back and also is a dad to two grown-up children.

However, he clarified the rumors through his twitter account in 2014 about him not being married nor being a dad. Instead, he is taking care of his brother’s children Gina and Camilla. Merrells is active on Twitter and has 6.2k followers. The English actor stands a height of 6 feet.