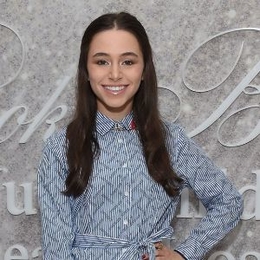 Sky Katz is a younger American singer and actress who came to prominence after appearing as a contestant in America's Got Talent season 11. As a singer, she specializes in rapping. In acting, she has appeared in T.V. series such as Bunk'd and Raven's Home. Some of her popular songs are Fresh, Haters, Saucy, etc.

How is Sky Katz's Personal Life? Does She Have a Boyfriend?

At a young age, Sky Katz has been successful in captivating many people's hearts. She is doing what she loves and enjoying her life to the fullest. 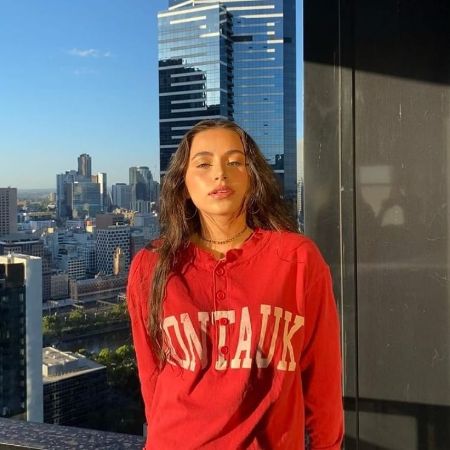 As for her relationship status, she is single and does not have a boyfriend. At just 16, it is a bit too soon for her to fall in love. 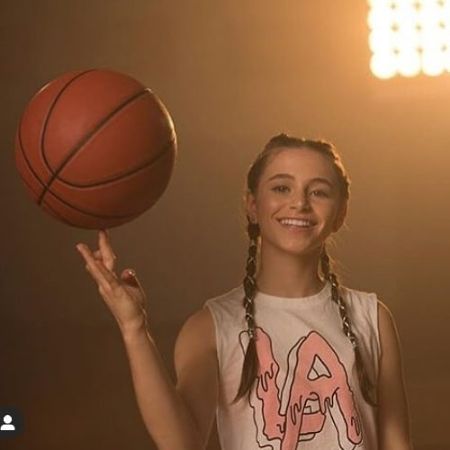 Apart from spending time preparing songs or acting, Katz is into basketball and plays it to pass the time. Likewise, she often shares her basketball skills on Instagram. Other times, she spends it with her family and close ones.

Not to mention, Katz is also having fun busy meeting elites in Hollywood. Only in October 2021, the young rapper met Jennifer's Body actress Megan Fox. Of course, Katz shared the selfie she took with the actress on Instagram.

Needless to mention, the picture became one of the most liked posts of Sky on Instagram by far with more than 137K likes by far. Likewise, Sky has also made a great friendship with singer Doja Cat and attended her show in September. "i look so genuinely happy doja was insaaaane live" wrote Katz.

Journey in America's Got Talent

Sky Katz auditioned on Season 11 of "America's Got Talent" in 2016. At that time, 11-year-old Sky wowed the judges when she sang the self-written song "Fresh." All four judges said Yes, and she went on to the next round.

In the "Judge Cuts" episode, she sang "Party Aint a Party," which both the audience and the judges dug immensely. However, it was not enough for her to go into the quarterfinals, and her journey at the AGT ended.

Check out Sky Katz showing her rap skills at America's Got Talent!

Despite her exit, she became a household name in American and various parts of the globe. Shortly after that, she created a YouTube account on her name where she sang cover songs of various celebrities and her own songs.

Right now, her YouTube channel has 419 thousand subscribers and over 24 million views. Some of her popular music videos are Fresh, Haters, Crushin, Saucy, Like This, and Fall Back.

Sky Katz's Net Worth And Career

At the tender age of 16 years old, Sky Katz has a net worth of $300,000. Her wealth is all thanks to her successful career as a rapper and actress.

Typically, an American actor earns $40,860 annually, whereas a singer earns $42,878 annually. The young celeb is a popular figure, and no doubt she receives way more than the average payroll.

Check out an interview of Sky Katz and her co-star Navia Robinson playing a game!

In her acting career, her most notable work is in the American family sitcom series "Raven's Home." On the show, she portrayed one of the starring characters Tess, a child rapper. Similarly, she works alongside Raven-Symone, Issac Ryan Brown, Navia Robinson, and Jason Maybaum.

If you want to read more articles and get the latest Celebrity News and Biography, visit Married Wiki!!