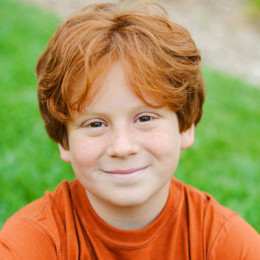 Skyler James Sandak is an American actor. Skyler has made a guest appearance in the several television series such as Parenthood, The Middle, South Park, and Bones as well. He is a principal performer in over 35 national commercials. He started his acting career at the early age when he was only three years old.

Skyler James Sandak was born in the United States of America. He spent his childhood in his hometown with his younger brother Dakota Sky.

His brother Dakota is also an actor who made his breakthrough featuring in Disneyland's 50th-anniversary Celebration Kick-Off The Happiest Homecoming on Earth as a favorite character of Any Boy USA. Moreover, he also performed with Julie Andrews and a lot of Disney characters.

Skyler is the grandson of Rene. He surprised many adult actors with his brilliant performance when he was 16 years old.

Moreover, Skyler featured in the American television series The Middle along with Patricia Heaton, Neil Flynn, Charlie McDermott, and Eden Sher. Before that, he also appeared in the adult animated sitcom South Park, created by Trey Parker and Matt Stone.

He received more public attention after landing the major role in the TV drama series Parenthood in the year 2010 alongside Peter Krause, Lauren Graham, Monica Potter, and Dax Shepard as well.

Skyler is a naturally funny person which is why he loves working on comedy shows. Funny or Die is his favorite work so far. Recently, he filmed ABC's Speechless.

Sandak is not married yet. He is dedicated to building his career. Therefore, he mostly spends his time working.

Till date, no rumors about him being in a relationship has surfaced. Skyler is possibly single right now.

Skyler James Sandak has garnered a handsome amount of net worth from his career, which is assumed to be more than $500k. He stands at the height of 5 feet 5 inches.