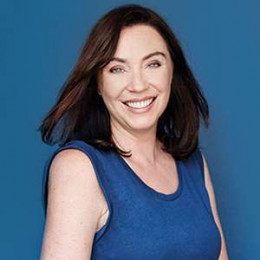 Stephanie Courtney is an actress and comedian, playing the advertising character 'Flo' in television and radio commercials for 'Progressive Insurance' in 2008. She is a main company member of the famed 'Groundlings Theater', regularly performing in a sketch and improv shows. Courtney is a married woman, she tied the knot with Scott Kolanach.

Stephanie Courtney married her long-term boyfriend, Scott Kolanach on 25th November 2008 after dating for years. Her husband is a theater's lighting director for "The Groundlings".

At first, Courtney and Kolanach were just good friends, eventually, they developed romantic feelings for one another. Prior to the wedding, Stephanie was a member of The Groundlings sketch comedy group and its 30-person main company in 2004 where she met theatre's director Scott Kolanach. 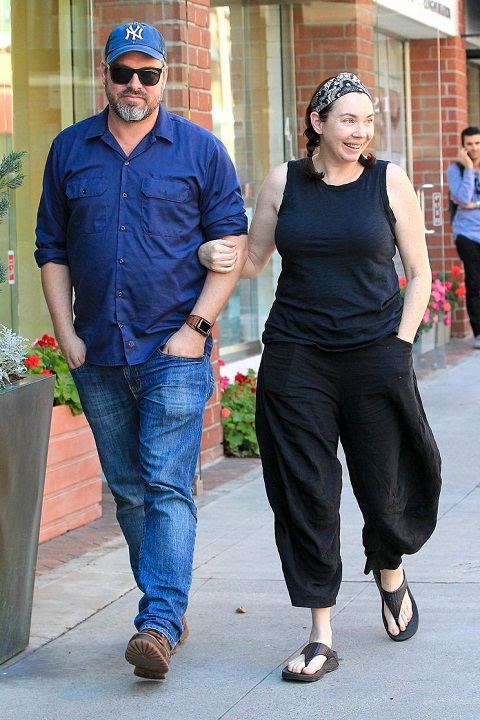 Stephanie Courtney with her husband at Beverly Hills.
Source: Yahoo
Regardless of living in an intimate relationship, the duo doesn't have any children. Yet, they share a good bonding with one another with no signs of divorce and extramarital affairs.

How Much Is Stephanie Courtney's Net Worth?

Scott Kolanach's wife, Stephanie Courtney has an estimated net worth of $6 million as of March 2020. She receives an annual salary of $2 million from her profession as an actress.

Stephanie solely bagged $1 million for portraying "Flo" in a series of commercials for Progressive Insurance. Even more, she worked for elite brands like Skittles, Wienerschnitzel, and General Mills cereal.

Besides commercials, she appeared in television shows and movies such as Mad Men, Blades of Glory, Everybody Loves Raymond, The Man Show, The United States of Tara and The Heartbreak Kid.

Stephanie Courtney, 49, moved to Los Angeles to pursue her career in acting and lived with her sister, Jennifer Courtney. The two together performed and wrote the sketch, "Those Courtney Girls" in Los Angeles and at the Aspen Comedy Festival.

Later, she joined the training program of the improvisational and sketch comedy group The Groundlings. In 2004 she became a member of its 30-person main company. She also worked in catering during her initial days.

Courtney appeared in movies including Sweet Bird of You, Melvin Goes to Dinner, For Your Consideration, Blades of Glory, The Brothers Solomon, Fred: The Movie and others. Some of her TV series is, Faking the Video, Tom Goes to the Mayor, Mad Men, You're the Worst, Phineas and Ferb, 2 Broke Girls, W/ Bob, and David and others.

Courtney is best known for portraying the advertising character  Flo in television and radio commercials for Progressive Corporation beginning in 2008. In addition, when the actor portrays a role for a long time, they end up receiving a direct deal along with the brand outside of the SAG-AFTRA union pay scales. 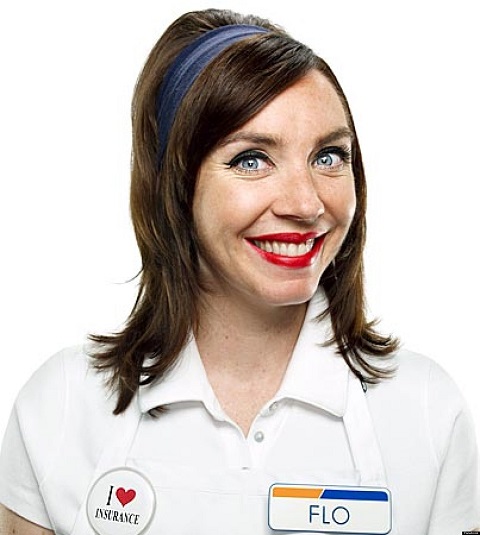 Stephanie Courtney
Source: Michael Jarmer
In 2018, she appeared in The Goldberg as Essie Karp.

Stephanie Courtney was born on February 8, 1970, in Stony Point, New York, U.S. She is the youngest of three children to high school history teacher father and singer mother. She has a sister, Jennifer Courtney. She is American and belongs to the White-American ethnicity.

Courtney completed her graduation from Binghamton University with a degree in English. After graduation, she moved to New York City and shared a room with Megan Daum, author, and columnist. She also attended  Neighborhood Playhouse and studied acting.

Stephanie Courtney married Scott Kolanach, a theater's lighting director on 25th November 2008.The couple is together for nine years.