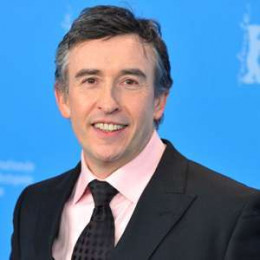 Steve Coogan is a producer, writer, impressionist, actor, and stand-up comedian who us widely popular for portraying the hapless Alan Partridge. Apart from acting and film production, Steve's talent as a voice artist on the satirical puppet show Spitting Image is acclaimed by many.

Is Steve Coogan Dating Anyone Currently?

Stan & Ollie actor, Steve Coogan is currently in a relationship with Melanie Sykes, an English television and radio presenter, and model. News had it when the duo spent a romantic weekend at his country home. 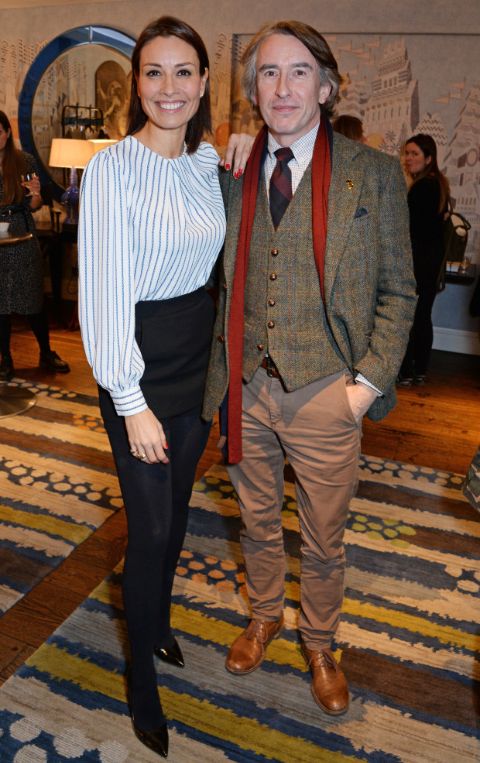 Coogan and Sykes have been secretly dating since they first met at a launch party for Coogan's film Stan & Ollie and steadily hit it off. Mel found him utterly charming and really funny.

The lovebirds have been taking it slowly however in mid-February 2019 they spent the whole weekend together. Mel went down to his place in Sussex and came back saying it'd gone very well.

The weekend together was a bit of a test of whether the bond tends to last long- and it seems it has. The TV show host seems quite smitten and heads over heels with Steven. Most notably, Steve and Mel are both from similar backgrounds and also come from the suburbs of Manchester. So, they have a lot in common.

Steve has been romantically linked to many girls while chasing a career in the entertainment industry. He tied a knot with Caroline Hickman, on 10 December 2001. She is a British Socialite by profession.

They stayed in a conjugal relationship for nearly three years before divorce in 2005. The Philomena star and his ex-spouse chose separate paths citing personal issues.

Soon after that, he began to date with China Chow, a model, they dated for three years. Then he starts to date with Elle Basey, she is a model. He shares a daughter Clara Coogan from his relationship with Anna Cole.

How Much Is Steve Coogan Worth?

54-year-old English actor, Steve Coogan has an estimated net worth of $12 million. His primary source of income is a career as an actor, producer, and writer. The average salary of an English actor is somewhere around £10.65- £120 per hour.

Steve Coogan's breakthrough came with the voice work on the long-running puppet show, Spitting Image. Besides, after landing spot on the radio show, he made an even bigger splash on a comedy show, On The Hour.

Moreover, his character as Alan Partridge in TV shows like Knowing Me and Knowing You With Alan Partridge won five BAFTAs. Throughout the 90s, Coogan developed many other comic characters.

Steven appeared in movies like 24 Hour Party People, Tropic Thunder, Night at the Museum which earned him fame outside the United Kingdom. Ever since he has been considered one of the greatest comedic talents who hid his true self.

Steve Coogan is one of eight sons of Kathleen and Anthony Coogan. His mother is a housewife and father is an IBM engineer. He has altogether two sisters and four brothers. Coogan began his career as an impressionist and comic. His older brother is Brandan Coogan, he is MUTV presenter

Some Interesting Facts of Steve Coogan:

Coogan is an actor with versatile character portrayals.

Steven has worked on BBC Radio prior to joining film industry.

Steve was trained as an actor at the Manchester Polytechnic School of Theatre.

Steve is a cousin of Aidan McArdle.

Steve Coogan worked with Jackie Chan in Around the World in 80 Days in 2004.

Steve's show Steve Coogan is The Man Who Thinks He's It garnered 1999 Laurence Olivier Theatre Award for Best Entertainment for the 1998 season.

Coogan married Caroline Hickman in 2002, and divorced in 2005.There is no information about their children ins social sites.

She is a daughter from his relationship with solicitor Anna Cole.