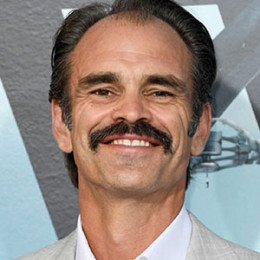 A Canadian actor, Steven Ogg, is currently married. He is popular from video game named Grand Theft Auto V, in the role of Trevor Philips. He has also appearances in many television series some of them are Better Call Saul, a person of interest and so on. Steven Ogg has a recurring role in the series named Westworld. His first movie is Giving it Up he has a role of Andre the Fashion Photographer.

Steven Ogg was born on November 4, 1973, in Calgary,  Canada under the birth sign of Scorpio. He is Canadian and belongs to the White ethnicity.

Ogg started his acting career in a film for the National Film Board of Canada. Then he worked in various productions. At first, he wanted to be the athlete but due to his injury, he stopped his sports career. Later, he moved to New York City and pursue his TV career.

Some of his screen credit includes Law & Order, Third Watch, Giving it Up, Thousand Dollar Shoes, Unforgettable, The Escort, He Never Died, The Walking Dead, Westworld and many more.

Ogg wins the New York Videogame Critics Circle Awards for his character in GTAV. He also gets nominated for his work in GTAV like  Code Central, Spike Video Game, British Academy Games.

Steven Ogg is a married man but due to his secretive nature, he hasn't disclosed any personal information about his wife.

As per some online sources, he has a son, Bhodi after he posted a video on YouTube captioning with "Quality time with son........"

Steven Ogg has an estimated net worth of $2 million. The source of his income is his appearances on TV series and movies. He earned a handsome sum of the amount from his acting career.

Check out the video of "60 seconds with Steven Ogg".