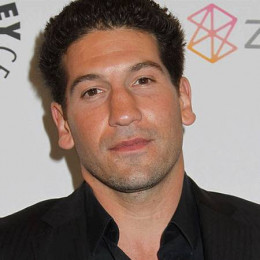 An American actor Jon Bernthal who is widely known as Shane Walsh on AMC's zombie drama, The Walking Dead. He has also starred as Joe Teague in the TNT series Mob City. He is son to Joan Lurie and Eric Lawrence "Rick" Bernthal. His father was a lawyer with Latham & Watkins LLP. He attended Sidwell Friends School in Washington. He graduated from Skidmore College in Saratoga Springs. His talent was spotted by executive director of Harvard University's Institute for Advanced Theater Training. He has already starred in movies like The Wolf of Wall Street (2013) and Fury (2014).

Jon Bernthal, the Small Engine repair star is blissfully married to the love of his life Erin Angle on 25 September 2010. Their lavish wedding ceremony was held in Potomac, Maryland. 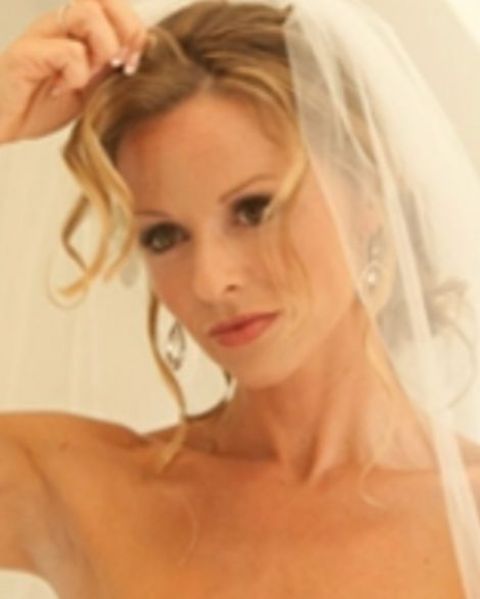 The lovebirds' marriage was arranged by his acting teacher, Alma Becker. His wife is a niece of the popular wrestler, Kurt Angle. By profession, Bernthal's spouse is a trauma nurse.

Together the couple is blessed with three children. Further, the pair welcomed their two sons Henry and Billy in August 2011 and January 2013. Similarly, their daughter Adeline arrived in February of 2015. 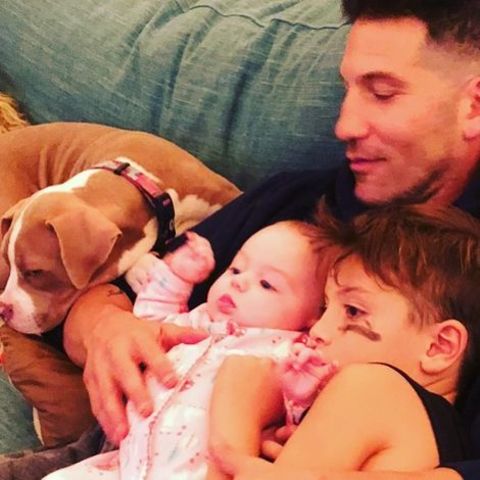 Jon Bernthal is the father of three kids.
SOURCE: Instagram

As of February 2020, Bernthal and his family reside in Ojai, California. Till now he has not involved himself in any kind of extramarital affair which can cause misunderstanding between the couple. All in all, Jon and Erin are united as life partners for nine years and four months now.

Whatever Happened to Jon Bernthal

Jon Bernthal is often criticized for his nose for which once in an interview he told that he has broken his nose more than fourteen times till now.

How Much Is Jon Bernthal's Net worth?

Jon Bernthal amassed a net worth of about $8 million as of early 2020. Some sources claim, he receives a big payroll for his appearance in movies and TV series i.e. $80,000 per episode.

He starred in his own titular series The punisher in 2017 and its second season that aired in January 2019. He gained wide recognition playing the role of Shane Walsh on the ANC series The Walking Dead.

Till today, Benthral won and garnered dozens of prestigious awards for his outstanding performance in movies. Some of them are Scream Award for Breakout Performance, Ovation Award for the best acting ensemble, Garland Award, and many others.

Speaking of his most recent projects, Jon Benthral is joining Vincent D'Onofrio, Richard Thomas, Viola Davis, and Sandra Bullock in Netflix's upcoming thriller movie by Nor a Fingscheidt.

Bernthal along with his brother Nicholas runs a non-profit organization "Drop Fill Buckets" famous for an impact-driven, entrepreneurial approach to making a difference. The performer is an advocate of pitbull ownership and is a spokesperson for the Animal Farm Foundation.

Jonathan Edward Bernthal was born on 20 September 1976 in Washington, D.C. to Jewish parents Joan Lurie and Eric Lawrence "Rick" Bernthal. His father is a former lawyer with Latham & Watkins KKP and presently chairman of the board of directors for the US Humane Society.

The 43-year-old has two siblings, Nicholas, an orthopedic surgeon and Thomas, a consulting agency CEO. Jon spent his childhood days in Cabin John, Maryland, a suburb of Washington D.C.

Jon studied at Skidmore College in Saratoga Springs, New York, and later attended the Sidwell Friends School, graduating in 1995. The Off-Broadway star describes his younger self as "troublemaker".

She is the niece of professional wrestler Kurt Angle. Together they are parents of three beautiful children.

Jon Bernthal and Erin Angle welcomed their second child, a son in January of 2013.

Jon Bernthal and spouse, Erin Angle gave birth to their third child, a daughter Adeline Bernthal in February of 2015.