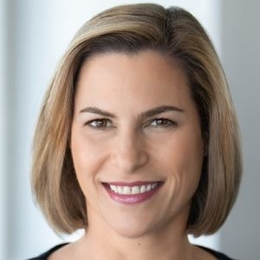 The Republican strategist Susan Del Percio likes to keep her personal life away from the limelight. Thus, she rarely posts her private pictures on her Twitter account. 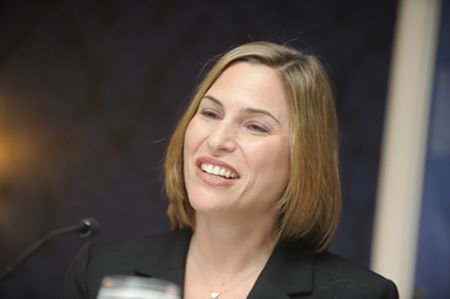 Due to Percio's secretive nature, her romantic life is a mystery. It is hard to say whether this 49-year-old professional is single or living a happily married life with a husband and children.

Thankfully, the blonde is more than happy to share her favorites. She is a big fan of singer Taylor Swift and even attended her show in New York during the 1989 World Tour. She furthermore is a fan of the show "Seinfield" starring Julia Louis Dreyfus and Jerry Seinfeld.

The Political Consultant is fond of dogs, as evident by the number of pictures she has posted of her sister's dog, Uncle Murray online. She, however, does not own a dog herself. 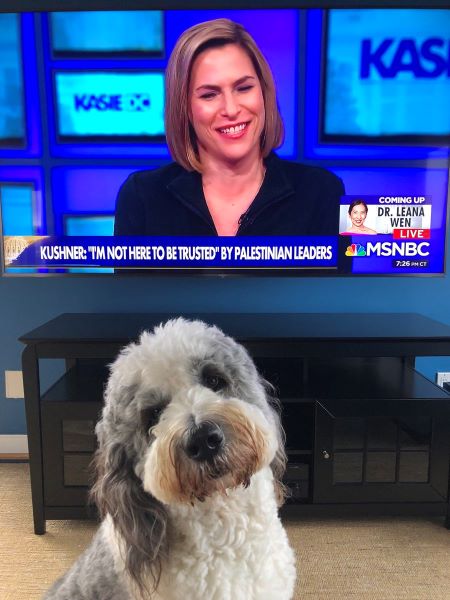 The brown-eyed beauty who is usually covering news, became a topic of discussion herself in 2015. She garnered lots of attention when a New York senator Jeffrey Klein accidentally tweet a link to Google Image results for Susan Del Percio Hot. 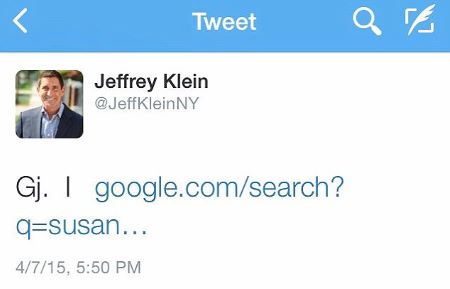 Politician Jeffrey Klein was quick to apologize and stated that the newly hired communication staffer made a mistake. On the other hand, the political analyst was not offended by that mistake. She further said that she do not need any apology from Klein or his staff.

The veteran political strategist holds an overall net worth of $1.5 million. She currently works as a political analyst on MSNBC. On average, a broadcast news analyst earns $56,680 a year. Additionally, she works as a columnist for OZY.com. 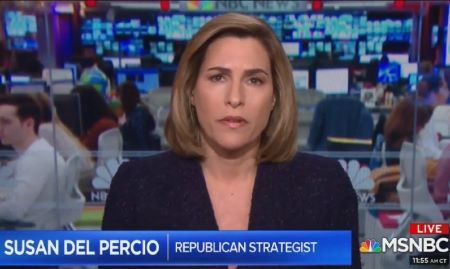 Percio is also the founder of Susan Del Percio Strategies, LLC. She has years of experience working as a spokesperson for different political campaigns. She uses her knowledge to guide her clients in proper messaging.

The Republican political analyst, Susan Del Percio is a member of the Lincoln Project where she served as the senior advisor. The project was created against Donald Trump and his role as a president.

Lincon Project became more active after the horrifying attack at the Capitol in January 2021 by right-wing fanatics. At the time, Percio claimed that Trump had fewer chances of being convicted if impeached by the law.

The TV Personality further went on a humanitarian mission to Puerto Rico in November of 2017 following the devastation of Hurricane Maria. On her trip, she celebrated her 48th birthday and stated that it was her best birthday ever.