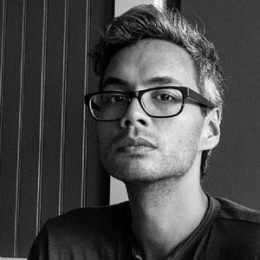 American make-up artist and drag performer, Sutan Amrull is popularly known as Raja Gemini. He is best known for his work on VH1's reality television show, American's Next Top Model as a make-up artist for nine seasons. Amrull rose to fame after winning the season 3 of RuPaul's Drag Race. Amrull has been a make-up artist to singer Adam Lambert. He has worked for Lambert for print media, live U.S. appearances, and Lambert's international 2010 Glam Nation Tour.

Sutan Amrull was born on 1974 June 14 in Baldwin Park, California. He is American by nationality and is of mixed ethnicity. His father is Indonesian and mother is Dutch.

His family moved to Indonesia when was six years old. They lived there for almost six years and returned to the USA.

Sutan Amrull debuted his career in a drag scene at the age of 16. He attended LA nightclubs with friends. He was part of a rebellious sector of drag, influenced by the goth and punk subcultures.

Amrull attended university as an art student for 2 years. Later, he realized that it wasn't for him and decided to follow his own artistic path to start a career in female impersonation and makeup artistry.

Amrull rose to popularity after winning the title of American's Next Drag Superstar on the third season of RuPaul's Drag Race. He was a participant of the show performing drag persona, Raja Gemini.

Amrull toured the U.S. and Canada on Logo's Drag Race Tour in 2011, as part of his duties as the winner of Drag Race. He was the first Asian American to win the Drag Race series.

In 2014, Amrull joined the season tour of the Drag Race Battle where he performed a lipsync duet with Manila Luzon in the babymetal song, Gimme Chocolate!!.

In 2014, Amrull alongside his fellow Drag Racer, Raven presented the weekly 'WOWpresents' YouTube series of RuPaul's Drag Race Fashion Photo RuView. The following year, he appeared in an episode of web series ‘Hey Qween’ and TupiniQueens'.

Amrull featured on the ‘100 Years of Drag Queen Fashion’ in 2016. Since 2005, he is associated with ‘America's Next Top Model’ as the show’s makeup artist. He released his fifth single, Divine in 2017. He starred as an intergalactic creature in the music video for Blondie's single Fun in February 2017.

Sutan Amrull is an into-cross-dressing personality, best known as the winner of RuPaul's Drag Race. However, he hasn't commented on his sexual orientation-whether he is gay, straight, transgender or others.

Amrull is possibly single at the moment. Also, he never got linked to any of his fellow stars in the past. He has worked with many popular faces including, Dita von Teese, Pamela Anderson, Paulina Porizkova, Iman, Tyra Banks, Iggy Azalea, RuPaul, and Twiggy.

Amrull has been a make-up artist to the singer, Adam Lambert since 2009 for his live performances and media interaction.

Ammrull is active on Instagram and has posted many pictures with his friends. He has not confirmed the relationship with any of his friends.

Amrull stands the height of 1.9 meters. He is one of the popular American make-up artists. He hasn't revealed the real figure of his net worth but as per some online sources, it can't be less than the seven-digit figure.