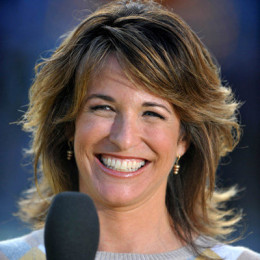 Suzanne Lisa is known as Suzy Kolber. She is an American football sideline reporter, sportscaster as well as a co-producer of ESPN. In 1993 when ESPN2 was launched she was one of the original anchors of it.

Suzanne Lisa is known as Suzy Kolber. She is an American football sideline reporter, sportscaster as well as a co-producer of ESPN. In 1993 when ESPN2 was launched she was one of the original anchors of it.

Suzanne Lisa Kolber is popularly known as Suzy Kolber who was born on May 14, 1964, in Philadelphia, Pennsylvania to the family of Sandra Kolber and Gene Kolber. She is an American football reporter and a sportscaster.

Suzy Kolber began her career as a sports director for Dynamic cable in Coral Gables during her college days. In 1991, she was a weekend sports anchor and weekday feature reporter for WPEC-TV.

Kolber later, served as an anchor for ESPN sports channel and worked for nearly three years and then joined to Fox Sports in 1996 where she worked as the lead reporter for the network's coverage of the NHL on Fox. She co-hosted a Fox non-sports presentation with Maury Povich named 'Opening the Lost Tombs: Live From Egypt'.

However, after working three years in Fox sports, she returned to ESPN in August 1999. 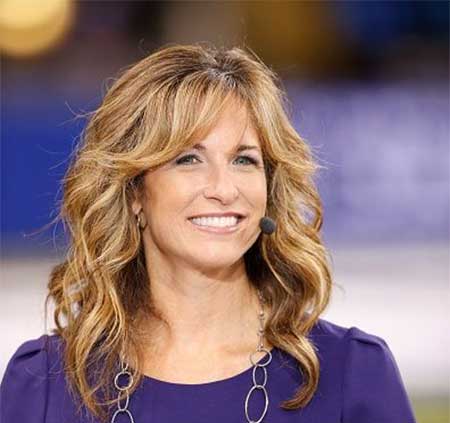 Kobler covered a number of assignments for ESPN including the 1996 ESPN X Games bicycle stunt events and Grand Slam tennis events to the National Football League.

She also had a great contribution in reporting the NFL Draft. All through the off-season, she hosted the events such as Sports Center and ESPN’s French Open.

In 2006, she worked in the ABC Sports with Michele Tafoya broadcasting the Super Bowl XL in Detroit. Kobler and Chris Mortensen worked together in the ESPN2 debut show'NFL32 IN September 2011.

She is a general TV representative and anchor for the brands such as Chevrolet and Pepsi-Cola. She has video series growing up the player most on opening levels.

Suzy Kolber is a married woman, she was married to her long-term boyfriend, Eric Brady in 2008. The duo dated for some time before tying the knot in a private ceremony.

Kolber got pregnant with her first child at the age of forty-four and welcome her daughter named Kellyn in 2008.

The star hasn't revealed the father of her baby as she prefers to keep her personal life behind the curtains. However, she is living a blissful married life with her husband and kid.

Suzy Kolber has earned a huge amount of salary working at ESPN, as the sportscasters at ESPN are paid about $3 million. Her estimated net worth is $18 million.