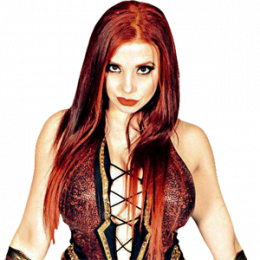 In 2008, Hendrix made her professional wrestling debut in New England Championship Wrestling. The same year, she debuted in Top Rope Promotions where she teamed up with The Kreeper and defeated the team of Lea Morrison & Alex Payne. 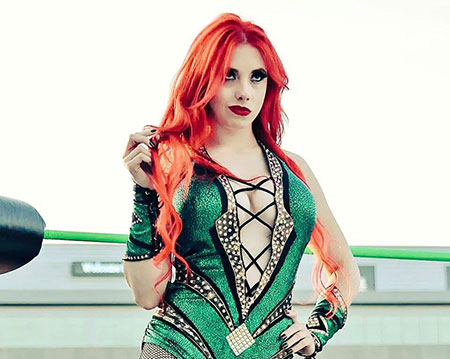 After that, Hendrix participated in World Women’s Wrestling. She won her first women's wrestling match against Ariel after her opponent was disqualified for misbehaving. Unfortunately, she ended up losing the championship.

Hendrix challenged the A-listers Women wrestlers in 2010 and put herself to test against champions, such as Sara Del Ray and Daizee Haze.

In 2011, Hendrix made her debut at Chaotic Wrestling; however, she lost the very first match to Lexxus. In November the following year, she won the Ohio Valley Wrestling (OVW) Women’s Championship and held the championship for the next 203 days.

On 7th July of 2012, Hendrix won the OVW Women's Championship for the second time after defeating Epiphany. She wrestled in a triple threat match against Heidi Lovelace & Sojourner Bolt at SHINE Wrestling but lost the game.

On June 21, 2012, Hendrix participated in the Gut Check Challenge of Total Nonstop Action Wrestling. She wanted to crack a deal with the promotion and hence faced the well-known wrestler, Tara, however, lost the game again. She managed to sign the contract after putting up a stellar performance.

On 6th June 2013, Hendrix competed against Mickie James at TNA Women's Knockout Champion and was knocked out.

In 2017, Taeler Hendrix got engaged to fellow wrestler, Cory Machado, the star of NPWL Wrestling. She currently lives in Detroit, Michigan.

Previously, Hendrix dated wrestler Joe Coleman for a time and later broke up with him.

Besides that, Hendrix has spoken against body shaming, sexual assault & other forms of harassment which are very common in the industry.

Hendrix even used her social media accounts to voice against such acts and also chronicled her own experiences from the initial days of her career.

Hendrix expressed her distress for being body shamed for her lean looks. Hendrix was extremely disappointed when she was considered unfit for heavyweight championships.

After that, Hendrix continues to fight, not only for herself but also for others who may not have the courage to share their stories. She has launched her line of graphic T-shirts to help the charitable trust she is working with.

She accused Jay Lethal of ruining her career when she refused to sleep with him. He kept calm for a moment and later broke his silence releasing his statement via Twitter:

Please do not use my words here as fuel to attack myself or my accuser, there is already too much hate going around in the world so let’s not add to it. pic.twitter.com/eZ5IVcPSez

Taeler Hendrix has wrestled all over the United States and Canada as well.  Hendrix has faced a number of top female wrestlers in the industry, Mickie James, Tara (FKA Victoria), Awesome Kong, Taryn Terrell, and some others.

Hendrix earns a huge amount of salary from her wrestling career. However, the exact amount has not been discoed yet. But according to some online sources, her net worth assumed to be in six-figures.