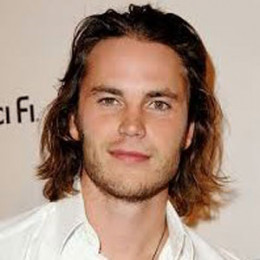 The Canadian famous actor and model Taylor Kitsch appeared in some successful movies including X-Men Origins: Wolverine (2009), Battleship (2012), John Center (2012), and Lone Survivor (2013). He portrayed the character of Tim Riggins on Friday Night Lights before portraying Paul Woodrugh in the second season of the HBO crime series True Detective.

Taylor Kitsch was born on April 8, 1981, in Kelowna, British Columbia, Canada. His father Drew Kitsch, worked in construction, while his mother, Susan, worked for the BC Liquor Board.

He has two older brothers and two half-sisters on his mother's side. At the age of one, his parents divorced. He with his two older brothers, Daman and Brody was raised by their mother in a mobile home park. He began playing ice hockey when he was 3.

Kitsch graduated from the Gleneagle Secondary School in Coquitlam. For the Langley Hornets, he played junior ice hockey in the British Columbia of Lightbridge. After that, he suffered knee injury which ended his career. Regarding his nationality and ethnicity, Taylor is a white American.

Taylor Kitsch pursued a modeling career with IMG and simultaneously studied under acting coach Sheila Gray after moving to New York in the year 2002. There he lived for two years and relocated to Los Angeles, California.

He modeled for Abercrombie & Fitch and Diesel. From 2006 to 2011, she played the character Tim Riggins on the series Friday Night Lights alongside David Body, Stephen Kay, and Peter Berg.

Taylor Kitsch, 36, is yet to get married. However, his girlfriend's list includes several Hollywood divas. He dated American model Jessica White in January 2006. The couple’s dating confirmation came in the media after they appeared together in a steamy calendar shoot.

However, the couple broke up in February 2007. Moreover, Taylor was rumored to have hooked up with popular actress Mina Kelly in the year 2007. They were in in Friday Night Light together in 2006.

After that, Taylor dated Rachel Anne McAdams in 2015. Rachel is a Canadian actress and worked in both television and films. The stars of HBO’s True Detective, Taylor and Rachel were close collogues before they worked in the show.

Eventually, they started spending time together and were seen on various occasions as a couple. The couple ended their love affair after dating for a year. However, they didn’t give any information to the media behind their split.

So far he has an estimated net worth of around $12 million. Taylor is 5 feet 11 inches.