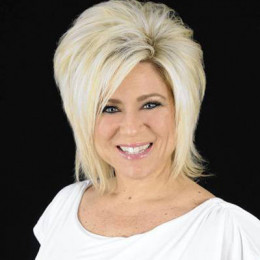 Theresa Caputo is a television personality known for starring as a medium on Long Island Medium, a TLC reality TV series. She is the daughter of Nicholas J. Brigandi. She started seeing spirits at the age of four. In April 2012, she was awarded with the Pigasus Award by James Randi Educational Foundation, a tongue in cheek award that seeks to expose para-psychological, paranormal or psychic frauds. Through Forever Family Foundation she got a certification, with which she can work as a medium stretching over ten years.

Theresa Caputo was born on 10th June 1967 in Hicksville, New York under the birth sign Gemini. Caputo is the daughter of Nicholas J. Brigandi and Veronica Brigandi. Her parents raised her with her brother, Michael Caputo in New York. She attended Hicksville High School.

When Caputo was young, she had the ability to see images and hear the thing which others could not. As time passes, she shut down her abilities because those abilities frightened her.

Initially, Theresa Caputo relied on her business card and word of mouth. She then worked as a parapsychological expert.

Caputo garnered attention after she appeared on a TLC reality TV series, Long Island Medium. She is working on the show since 2013.  In the series, she appeared as a self-professed medium who claims she can talk with the dead. The series starred her, Larry Caputo Jr. and Victoria Caputo.

Theresa Caputo has an estimated net worth of $3 million.

Besides, Caputo is also the author of two books,

In 2015, she launched her own jewelry line from where she is making a decent amount. She also tours different countries for her live show, Theresa Caputo Live! The Experience.

She has updated her 2018 tour schedule on her official website from where the interested one could book their tickets.

Caputo is involved in several charitable works. She donates 100% of the income from her readings to the charity. In 2013, she donated $10k to Lindenhurst Sandy charity Camp Bulldog.

The reality star, Theresa Caputo married her longtime partner, Larry Caputo on 16th September 1989 in a private ceremony attended by their families and friends. The husband-wife couple shares two children, a daughter, Victoria Caputo and a son Larry Caputo Jr.

Their daughter was born on the 27th September 1994 whereas, their son was born in 1993. Both of their children have appeared on her show. 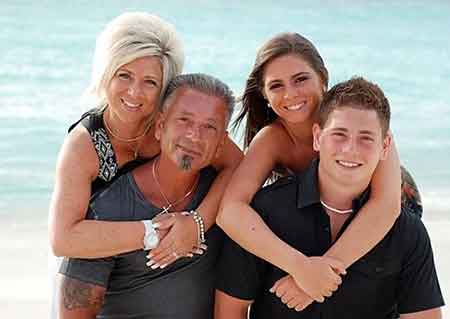 Theresa Caputo with her husband and children,

After living together for almost 28 years, the couple decided to end their marriage. On 3rd December 2017, they announced that they were getting separated, but, has not spoken the word divorce. 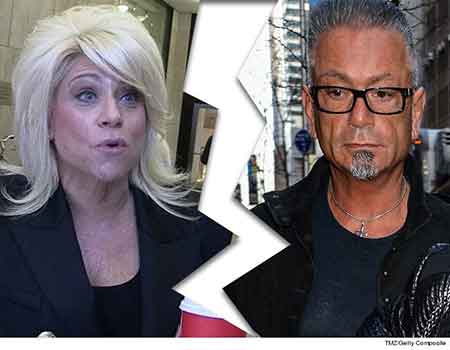 When she was asked about the separation she says,

‘’ I sometimes interpret it as growing apart. I've changed and he has changed. We're both not happy and, you know, it's hard to try to work through that. It's not easy for me to sit here and to talk about this, to talk about my feelings, to talk about how my marriage is, but you know, things do change.’’

In an interview with Extra, she told,

As of now, her supportive parents are helping her in her tough days.

Besides, she is a dog lover and has a feisty Yorkie Louie, and two French bulldogs named, Bubba and Bentley.

Following the separation in June 2018, Larry told TMZ that he and Theresa are getting divorced.

Theresa Caputo has been challenged by multiple sources including TV news program, Inside Edition and publication, Wired Magazine after she claims to be a self-professed medium on the show.  She was then described as a charlatan (a person practicing similar trick) by D.J. Grothe.

Caputo was awarded by a tongue-in-cheek award, Pegasus Awards in April 2012 to expose her paranormal and psychic frauds. The same year, she was addressed as a performer by Massimo Polidoro and Mark Edward after watching one of her live shows.

In 2013, Criss Angel an illusionist offered her $1 million to prove her claims.

Here is the video where Theresa Caputo talks about her marriage issues:

He is a popular American businessman who is tall and husky. The couple are rumored of getting separated soon.