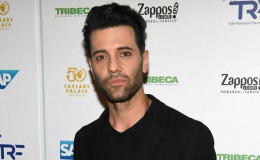 American musician, illusionist, and musician Criss Angel seem to be back in the love game!

Criss Angel and his wife Shaunyl Benson who secretly tied the knot in 2014 divorced after more than a year living together. Angel frequently grabs the media attention for his high profiled relationships and this time, it seems that the father-of-one has more exciting news to share with his fans. Wanna know details about his past affairs and current relationship status? Let's go further!

Criss Angel, 51, the magician and illusionist stunned his fans in 2016 but not by his acts but by divorcing his lovely wife Shaunyl Benson. The couple who secretly tied the knot back in 2014 in a secret ceremony has a son named Johnny Crisstopher Sarantakos.

The couple started facing disturbances in their relationship somewhere in the time when their son was diagnosed with cancer. He seems to be healthy and happy now! 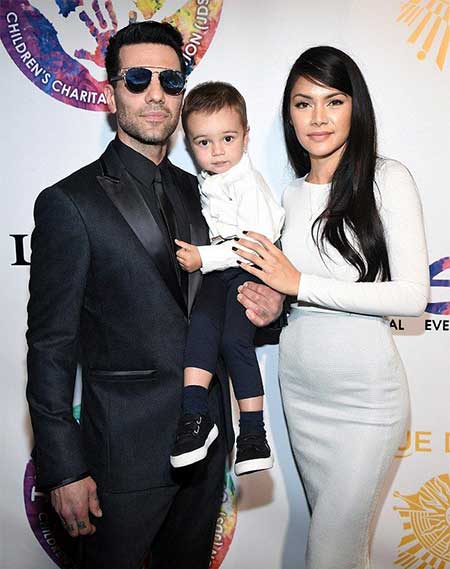 Criss Angel with his wife Shaunyl Benson with their son.
Source: Getty Images

The former husband and wife were speculated to be back together earlier in 2018 when they started appearing on each other's Instagram posts.

Well, it is finally confirmed via Instagram that the former couple chose each other all again. The gorgeous singer-songwriter posted an image of her husband and son enjoying a vacation. What she actually revealed would definitely surprise you all!

LAST ONE I PROMISE! Thank you to everyone for your kind words. As most of you know our journey over the last 3 years has been tough but as a family, no matter what; we fill our hearts with strength, love and positivity to get through it. We are so incredibly proud of our sweet Johnny Crisstopher. He has brought so much joy and love to our lives and his beautiful light always shines so bright. We are over the moon that God has blessed us with another beautiful gift. So excited for this new beginning as a family of 4! @crissangel #crissangel : @grantedvisions

She is, in fact, pregnant with her second baby and her baby bump is quite visible in her posts. She captioned,

"We are so incredibly proud of our sweet Johnny Crisstopher. He has brought so much joy and love to our lives and his beautiful light always shines so bright. We are over the moon that God has blessed us with another beautiful gift. So excited for this new beginning as a family of 4! "

Furthermore, she mentioned that the last three years of their married life was full of stress; ups and downs. She seems to be very happy now!

What are we having a #boy or #girl @shaunylbenson ? Find out now! So happy #family #blessed #love Thx to @grantedvisions @blissfully_lakeisha for setting up and shooting

Soon to be the father, Angel also shared a video of the two enjoying their romantic vacation. He is definitely very excited to welcome an additional member of the family.

Angel and his wife Benson welcomed their second child on 22 January 2019. She posted an Instagram image of all four members of her family and mentioned that it was another natural childbirth at 39 weeks.

Xristos Yanni Sarantakos  Born January 22nd 5:03pm, 8 pounds exactly! Another natural birth at 39 weeksWe are so happy and blessed to be a family of 4 #crissangel @crissangel

Angel also shared an adorable video being playful with his newborn child in March 2019. Have a look:

Well, let's congratulate the lovebirds for a healthy and happy life ahead.

Criss Angel's Past Affairs And Relationships

He tied the knot to his longtime girlfriend JoAnn Winkhart in 2002. The couple was leading a happy life in the beginning but things just turned upside down and they filed for divorce in 2006.

Similarly, Angel was romantically linked to Holly Madison, the former girlfriend of Hugh Hefner in 2008. The two parted ways in February 2009. 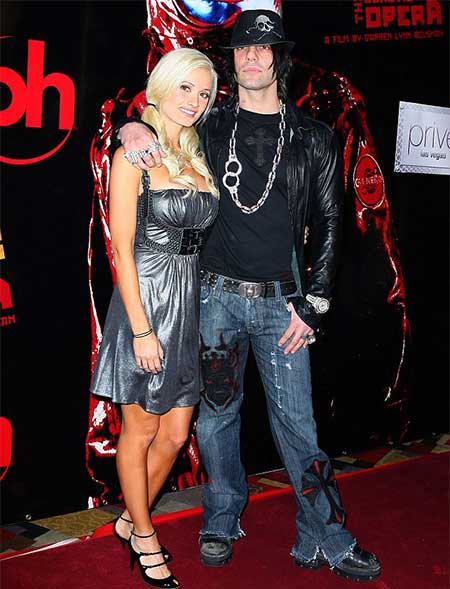 Angel was rumored to be linked with many famous faces including Minnie Driver, Paris Hilton, Cameron Diaz, Britney Spears, Lindsay Lohan, and Pamela Anderson between the years 2006 to 2008.

He proposed Sandra Gonzalez on 7th September 2011 during a sunset dinner. After breaking ties with Gonzalez, he dated Belinda in 2016.

The magician tattooed "Beli" on his chest. It's not clear when the two actually began their relationship rumors about their affair swirled in media when Belinda was featured in Criss Angel: Trick's Up in October 2016. 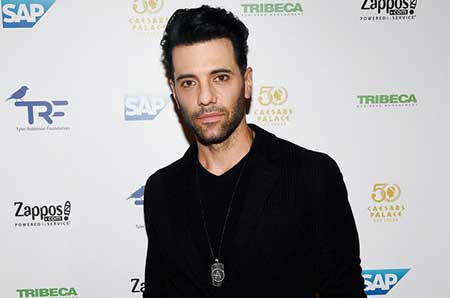