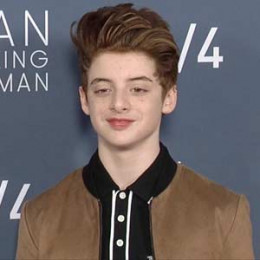 American actor, Thomas Barbusca is known for his role as Chip Pemberton on American sitcom television series, The Mick. He has been guest-starred on several popular TV shows such as American Horror Story, Preacher, One Day at a Time, Shameless, The New Normal and so on.

Thomas Barbusca was born on 3rd March 2003 in New Jersey, the United States under Pisces birth sign. He belongs to white-American ethnicity and holds an American nationality. He is of Italian descent.

Barbusca was born to Debra Re Barbusca and Louie Barbusca. He has an older sister, Brielle Barbusca who is also an actress. Currently, Barbusca is pursuing his study as a high school student.

Thomas Barbusca did a number of commercials before starring in television roles. He made his first television appearances on the late-night talk show, Conan. The same year, he also played in short film, Microeconomics as Cody.

Barbusca is also one of the regular cast of 2015 satirical comedy web television series, Wet Hot American Summer: First Day of Camp as Drew. He made his appearances in the number of television series, Shameless, Anger Management, American Horror Story, Ryan Hansen Solves Crimes on Television and many more. 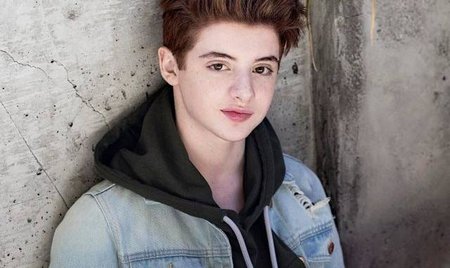 Thomas Barbusca is famous for his work in Summer Memories and Tag.
Source: Instagram

Barbusca also featured in numerous short films, The Last Time You Had Time, Summer Memories, and Tag. In 2016, he appeared as the main role of Leonardo on American live-action/animated family comedy film, Middle School: The Worst Years of My Life.

Moreover, Barbusca also played the co-lead role of Chip Pemberton in American sitcom television series, The Mick, alongside Sofia Black-D’Elia, Kaitlin Olson, and so on.

Thomas Barbusca has an estimated $500,000, but the exact sum is not public. He earns a good amount from his acting career. As per some online source, Barbusca earned $10,000 per episode for his appearances in television series.

Barbusca’s movie Middle School: The Worst Years of My Life was made under a budget of $8.5 million and was able to accumulate a tremendous amount of $23.3 million at the box office.

The 15-years-old, Thomas Barbusca is yet to get involved in a serious relationship. Currently, he is focused on his career as an actor.

Barbusca loves Gaming, Skateboarding, and play Basketball. His favorite actor is Aaron Paul, and Leonardo DiCaprio, whereas his favorite actress is Emma Watson.

Barbusca favorite movies are Deadpool, Batman, Spiderman, and Avengers. He is active on Instagram where he has 347.4k followers and on Twitter, he has 27.6k as of November 2018. Barbusca is equally active on Facebook where he has around 14k followers.

Barbusca is currently residing in the West Coast. Below, we present an interview with Thomas Barbusca.