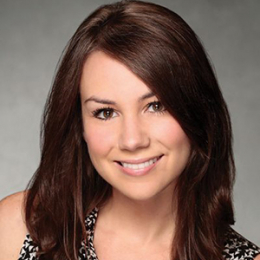 Famous American actress, coemedy writer, and co-producer, Tracey Wigfield is a big personality in the industry who contributes Hollywood with a few big series. She works as an actress in 'The Mindy Project' and 'Great News'. Besides, she is also a producer and writer in the same series.

Tracey Wigfield Personal Life; Who Is She Married to?

Tracey Wigfield is married to a comedy writer Adam Countee since May 21, 2016. She lives a beautiful married life with her husband Adam and shares an adorable daughter Celine Wren Countee born on December 29, 2017.

The lovebirds first met each other when they were working together for a TV series The Mindy Project in 2013. After dating for a few years, they got engaged on March 18, 2015. Have a look at the picture of Wigfield flaunting her engagement ring! 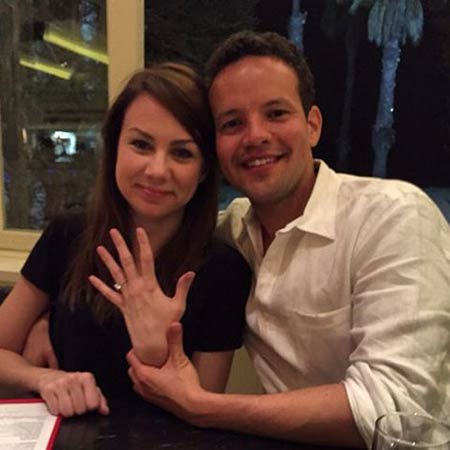 They were quick enough to take their relationship to the next level. The pair tied a knot on May 21st of 2016 in a beautiful venue of Manhattan. 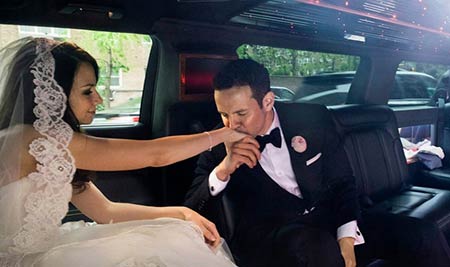 Tracey Wigfield is a married woman to Adam Countee.

Their romantic bonding got the beautiful blessing with a daughter in late 2017 named Celine Wren Countee. The family happily resides in the United States.

Wigfield is delighted with the relationship with her husband and there are no rumors of problems in their beautiful life. She managed to stay away from any sort of circulation linking her to anyone else.

Tracey Wigfield Career; How Much Is Her Net Worth?

Primetime Emmy winner, Tracey Wigfield is already a star in the Hollywood industry making the net worth of $2 million. Her career involves numbers of the profession as in actress, comedian, writer, and producer. 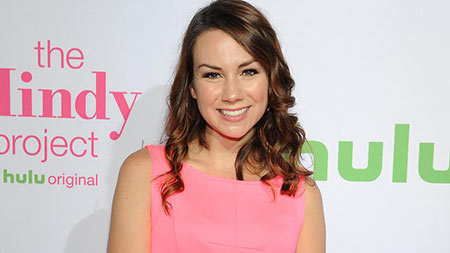 Wigfield achieved the break in her career when she got to be a part of the TV series '30 Rock' as an assistant writer alongside Tina Fey when she was just 23. Later, she was a huge part of the big series 'The Mindy Project' as a writer and was a co-executive producer alongside Mindy Kaling. Further, she co-produced, created and appeared on 'Great News' in 2017.

Wigfield is an established name in the industry who earns quite a good sum from her projects. Normally, a TV writer makes an earning of about $96,000 per year. However, it depends upon the popularity and as she is a higher level writer she makes around $157,000 every year. Her sources of income come from a different profession like acting and producing.

Born on June 19, 1983, in Wayne, New Jersey, United States, Tracey Wigfield was raised in the city where she was born. She is of white ethnicity and American nationality. Her zodiac sign is Gemini. 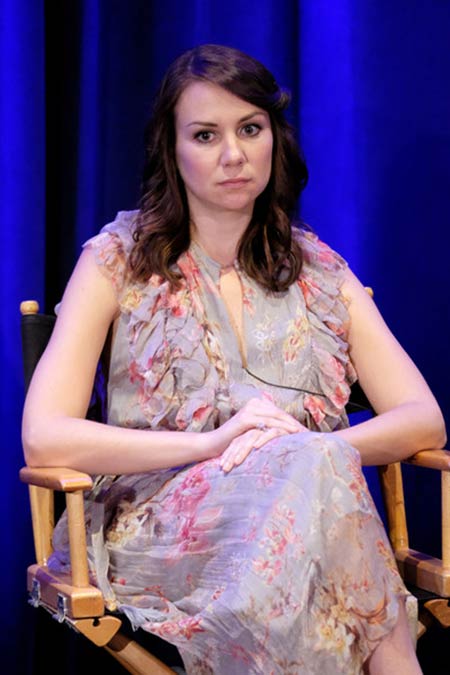 Wigfield went to Catholic schools and graduated from Immaculate Heart Academy in Washington Township, Bergen County of New Jersey in 2001. Her interest in acting led her to graduation from Boston College in 2005 majoring Theater and English.

Go to marriedwiki.com/wiki for more information on your favorite celebrities.

Tracey Wigfield got married to her boyfriend turned husband Adam Countee on the 21st May of 2016 in Manhattan.