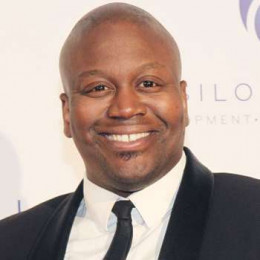 Tituss Burgess is a singer and actor known for his appearances on Broadway and typically for his high tenor voice. He was born in Athens, Georgia, United States and is a member of the Netflix series Unbreakable Kimmy Schmidt which has led him to many nominations and awards. He attended the Cedar Shoals High School and later the University of Georgia for his education.

Burgess is known to be openly gay. He does not seem to hide the fact from anyone and has clearly stated that he likes men and does not date women.

However, the fact as to who he is dating now is not available to his fans. He seems to be keeping the facts about his boyfriend to himself and has also never been married. Burgess does not have any children as well.

Tituss Burgess was born on 21 February 1979 in Athens, Georgia.

I’ve kept this a secret for 8 months now. Check back at 12pm EST. I’ve been a dreamer all my life but I think I thought some things were just not gonna happen. #DREAMSCOMETRUE

He studied at Cedar Shoals High School. He completed graduation from the University of Georgia with a BA in music.

He is renowned for playing the role of Titus Andromedon on the Netflix comedy series Unbreakable Kimmy Schmidt (2015–2019).