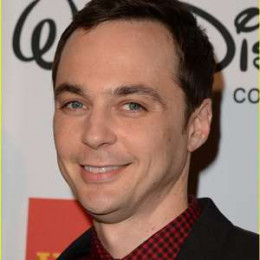 An art director Todd Spiewak is a partner of an actor, Jim Parsons. The couple is together since 2002. There is no information about him in social sites he is famous because of his partner Jim. His partner Jim has won Golden Globe Award in a category of Best Actor in a Television Series Musical or Comedy.Rosencrantz and Guildenstern Are Dead is a name of his partner satage show he has a role of Rosencrantz .

Todd Spiewak was born on January 19, 1977, in the United States. He is American and belongs to the white ethnicity.

His birth sign is Capricorn. He completed his graduation in 1999 with a Bachelor of Fine Arts in graphic design.

Spiewak is an art director and worked with many reputed clients such as; The New York Times, American Express, Barnes & Noble and more.

He created the production company, Wonderful Productions along with his husband where he scouts homes for TV, film, and theater projects.

Todd Spiewak is a married person. He exchanged vows with his longtime boyfriend, Jim Parson in May 2012 at New York. However, there is no information about his children on social sites.

He is a son in the law of Milton Joseph "Mickey/Jack" Parsons, Jr and teacher Judy Ann. He along with his partner are together for ten years. He has many fans on social sites.

There is no information about his affairs in social sites. His partner has worked in many television series Judging Amy as well as Ed is his popular series.

In an award function at GLSEN's Inspiration Award, Parsons said,

"Their love was never an act of activism. "Rather simply, it's an act of love... Coffee in the morning, going to work, washing clothes, taking the dogs out, a regular life, boring love."

In 2013, Jim Parson was awarded Emmy for his role as Sheldon and he finished his speech by thanking everyone by saying,

"To my favorite person on the planet, Todd Spiewak."

Spiewak never felt ashamed of his sexuality and he openly admits he is a gay.

He is happily residing with his husband in Los Angeles and he has two pups, Otis and Rufus. He is also a huge fan of Tennis.

Todd Spiewak is one of the successful art directors he hasn't revealed the exact figure of his net worth but it is assumed to be in seven digit number.

However, the average salary of art director in America is $89,760 and Spiewak also earned around this figure. He worked with New York Times and during that time he earned between $93,446-$143,516.

His husband Parson has an estimated net worth of about $80 million as of January 2019.

His husband is one of the successful Hollywood stars who succeeds to earned Emmy for his work and successfully earned a good sum form his career. He has an estimated net worth around $70 million and he charged $1 million per episode for "The Big Bang Theory".

An art director Todd Spiewak is a partner of an actor,Jim Parsons.The couple is together since 2002.