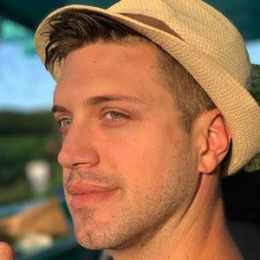 Tommy DiDario is a lifestyle expert and freelance writer who writes mostly on topics of fashion, health, wellness, and fitness. He works as a contributor on 'The Racheal Ray Show 'and writes for 'GQ Insiders'.

Tommy DiDario is openly Gay. He married to his boyfriend Geo Benitez since 16th April 2016. The couple tied the knot in Homestead, Florida in a private ceremony among friends and family. Some of the wedding guests include  Sam Champion, Shepard Smith, Martha Raddatz, and Richard Jay- Richard. The couple went to Bali. Indonesia for honeymoon. 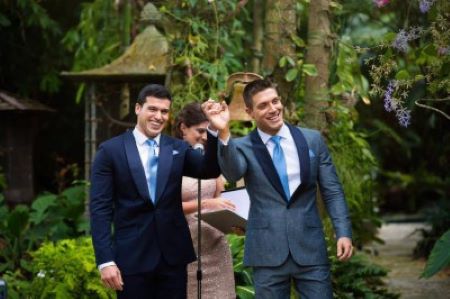 Tommy Didario with his Husband Geo Benitez on their wedding day.
SOURCE: Greg in Hollywood

“Both of our families have shown nothing but acceptance, love, and support throughout our journey towards marriage and I couldn’t feel more lucky to be surrounded by two families whose hope for their children has always been to find happiness.True love is a force that everyone deserves to feel.”

The couple first met through Instagram in 2015 and started dating. After 8 months of courtship, they got engaged in Paris in front of Eiffel Tower on 17th September 2015.

The couple shares a loving relationship without any rumors of infidelity or separation. Also, the couple is not afraid to show their affection in public and often shares lovey-dovey pictures of them on Instagram.

What is Tommy DiDario's Net -Worth? Know more about his Salary, Earnings and Overall Wealth

Tommy DiDario net worth is reported to be around $3 million. He earned this wealth through his work as on-air Lifestyle Expert, Freelance writer, actor, and model.

Excited to share that my next @rachaelrayshow segment is airing next Thursday, 3/14 so check your local listings & set those DVRs! It’s a special one. Have a fantastic weekend, friends.

Tommy DiDario was born as Tommy Gabriel DiDario on October 29, 1985, in New Jersey, USA to mother Karen A. DiDario and father Thomas G. DiDario. He grew up with his sister Meg A. DiDario and she was the one who officiated his wedding.

My heart is so full after a weekend full of so much love. Friday night we celebrated the return of @samchampion AND @rubemrobierbart back to NYC at @grupo.gitano, and Saturday morn we hopped on a plane to spend the weekend in Key West with my beautiful Miami Mama & sis. Grateful for family and close friends who feel like family. Now it’s back to the NYC grind. Have a fantastic Monday!

Tommy graduated from the University of New York with a degree in Theatre and Arts. His height is 6 feet (1.83m). His hair color is blond and eyes are hazel in color.

Geo Benitez is an ABC correspondent. He and Tommy met on Instagram in 2015. he got engaged in Paris.