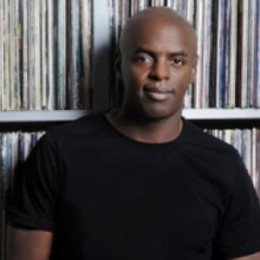 Trevor Ricardo Nelson, better known as Trevor Ricardo, is a British DJ and presenter. He is also a Radio and TV host working for BBC Network since many years. He has received Member of the Order of the British Empire from Prince Charles in 2002 for his contribution to the Millennium Volunteers program and Sony Radio Academy Awards for his services to broadcasting in 2010.

Trevor Nelson was born on 7th January 1964 and grew up in the city of Hackney, London, England, Uk.

From his college days, he used to work in a shoe shop. Later, he found daytime work at a radio importer during 1985. He also started working as a DJ on warehouse parties at the weekends. After rising as a DJ, he also started his broadcasting at pirate station Kiss in the same year.

He has worked for A&R (Artist and Repertoire) for record labels Cooltempo and EMI, promoting artists including D’Angelo, Mica Paris and Lynden David Hall including his own show Soul II Soul and The lick.

Later, he moved to BBC Radio 1 presenting the national RNB show, The Rhythm Nation, in 1996. Afterward, he started afternoon program where he won MOBO Award for the best DJ. Currently, he is broadcasting two radio networks: BBC Radio 1Xtra and BBC Radio 2 show.

Apart from Radio shows, he has also stepped into television in 1998 on MTV UK presenting The Lick on MTV Base off his first RNB show on Radio 1. He has also presented the coverage of the FIFA World Cup concert in the South Africa for BBC in 2010. The same year, he was also awarded the special gold lifetime achievement awards for his services to broadcasting at the Sony Radio Academy Awards.

Moreover, he has released seven complication album which includes Pure Grooves and INCredible Sound Of Trevor Nelson. He also hosted at the stage of London’s Notting Hill Carnival with Radio.

Trevor is quiet secretive about his love life and affairs. Well, he is a divorcee and has two children: Mali and Miles from his previous wife. He loves his sons and spent most of his time with them.

When he received MBE (Member of the Order of the British Empire) from Prince Charles at Buckingham Place he shared it with his children.

He is a great fan of Chelsea Football Club.

Trevor is one of the famous and successful British Radio and Television host who has an estimated net worth of £130,000. His source of income includes presenting TV and radio shows.

Currently, he is living in London. Moreover, he owns lavish houses in different cities including St. Lucia.

Mali Nelson is the elder daughter of Trevor Nelson. She loves listening to music. Now, she is 27 years old.

Miles Nelson is the younger son of Trevor Nelson. Now, he is 24 years old.