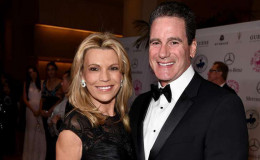 Vanna White is an American actress and television personality, best known for hosting 'Wheel of Fortune' since 1982.  As interesting as her professional life seems, her personal life too is quite enthralling!

She has dated people from Playboy/Chippendales dancer to a Restaurateur and now, she is married to a contractor named John Donaldson. Her personal life seems very interesting, doesn't it? Let us find out more details about her dating life, affairs and more

Vanna first dated a guy named John Gibson, an actor, known from movies 'The Young and Restless' and 'One Life to Live.'

They met each other in the 1980s and started dating. After that, John proposed to Vanna and they got engaged.

However, their romantic story was short-lived as John passed away in an unfortunate plane accident at the age of 37.

When asked about the incident, Vanna said,

“It was devastating, but I got such an outpouring of fan mail, and it really did help to know that I wasn’t alone.”

Names including Corbin Bernsen, Dana Strum, and Sylvester Stallone also comes in the list who had an affair with the gorgeous actress.

Well, she moved on with her life and Vana is happily living with her boyfriend John Donaldson. Sources stated that the couple has been together since 2012. He is the president of the JDC Construction and Development Group.

The couple had special wedding plans in the year 2015. The National Enquirer claimed that she was ready to get married in January 2015. A source said,

"Vanna has been unlucky in love – that is until John came into her life. Vanna expects a marriage proposal – probably for Valentine’s Day, with a small family-only destination wedding likely in the spring."

Yet, the couple hasn't revealed about their marriage. People barely know whether they are secretly married or still planning for the special day.

She celebrated Valentine's Day 2018 sharing an adorable image of two hearts via Instagram. Have a look:

From my heart to yours... #happyvalentinesday

Following the tragic incident, Vanna married a restaurateur George Santo Pietro in 1991 in Aspen, Colo, on a New Years Eve. He is a big restaurateur in America.

George was a good-looking, wealthy and, charming man. Vanna said in an interview that George was wealthy, had distinguished good looks and was quite the charmer.

Vanna was pregnant with George's child but she suffered a miscarriage due to unknown reasons. But George supported her all the way.

Her father was also on her side as well. He stated,

''She's taking it well; Vanna's a trouper, and she said she'll be trying again.''

Hanging with my boy! #mysweetson #happymom

Although the couple seemed to be in so much love with each other, they got a divorce in 2002. They have remained in a good term for their children and are raising them together.

Vanna is also seeking joint custody of her two children with him.

Her Life After Divorce First Husband

Vanna doesn't seem to be sad about what happened in her life. Even after her divorce from George, she has already moved on and is enjoying life with her children.

She often posts the picture with her children on her social media account.

#happinesshappens when I hang with my kids! #love #family #happy #havingfun

She is currently married to John Donaldson, who is a contractor. And the couple is having a great time with each other. They married in 2012 after meeting each other through mutual friends.

#Lunch with my man!

The heavenly pair made a red carpet appearance together at the Daytime Emmys in May 2017. Have a look at the gorgeous couple!

Walking the red carpet at the #daytimeemmys with my guy. #wheeloffortune

Vanna has already moved on from and is currently enjoying her life with her family. We wish her all the best for her upcoming future. 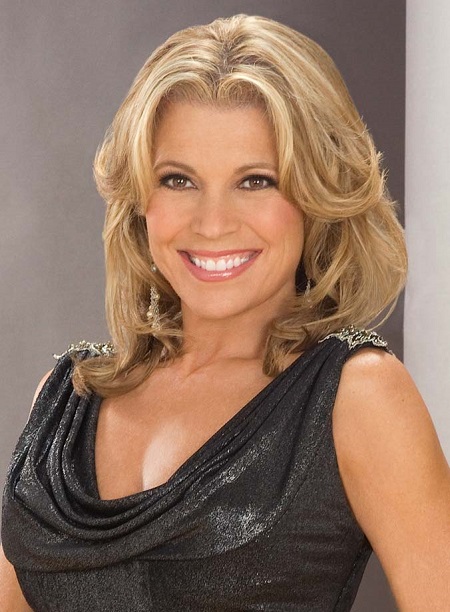 For more recent updates and news about your favorite celebrity, keep following our page, marriedwiki.com!!