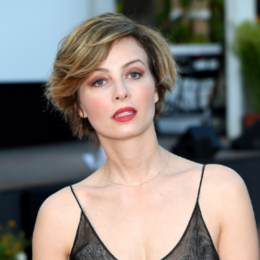 Ghost Rider: Spirit of Vengeance cast Violante Placido is an Italian actress as well as a singer. Placido further gained fame for her portrayal of Clara in the movie The American. In the movie she had a naked scene with an actor George Clooney.

Is Violante Placido Planning To Tie The Knot With Her Partner?

Entertainment Tonight actress Violante Placido is in a live-in relationship with her long-term boyfriend, Massimiliano D'Epiro. Her partner, Massimiliano, is an Italian film director as well as an actor. The lovebirds met each other while working together in 2011, and since then, their love story began. 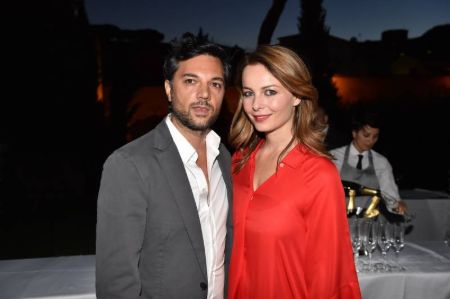 The bond between Placido and her partner became even stronger after the birth of their child. In October 2013, the actress gave birth to their baby son Vasco.

Placido and Massimiliano have an unbreakable bond which can be seen on the pictures which she shares on her social accounts. Despite being in a relationship for over eight years, the couple hasn't revealed the plans of getting married. They may be planning to give the good news to their fans about tying the knot soon. 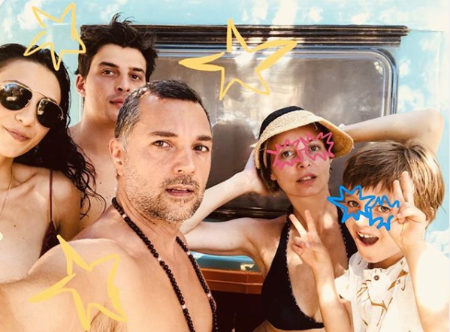 Even though Placido is a high profiled personality, she is of secretive nature and mostly keeps the details of her relationship behind the curtains. The 43 years old actress does not talk much about her affair to the public. Maybe, Placido does not want to be surrounded by unwanted rumors and controversies. 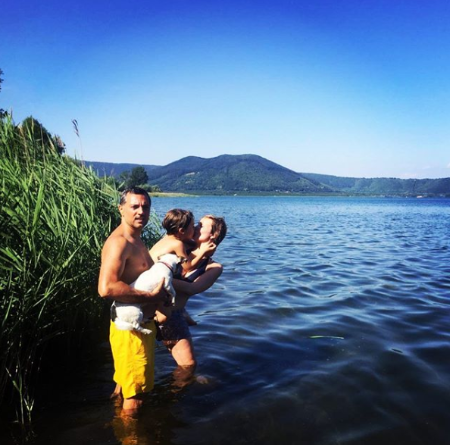 To have a healthy relationship, the trust among each other is what matters the most! The actress manages time to spend quality time with her spouse and kid despite having a handful of projects. Placido gives the glimpse of her relationship to fans via social media by flaunting adorable pictures of her family,

Onscreen Relationship And Getting Naked

The 5 feet 5 inches tall actress Violante Placido appeared alongside renowned American actor George Clooney on in the 2010 movie The American. Placido portrayed the role of a prostitute in the film, whereas George starred as an assassin, Jack.

George had a sex scene with Placido in the movie. Placido's naked scene in the film raised several questions. In an interview, the actress said that she wasn't worried about the scene. She further added, there was a friendly environment, and they trusted each other and concentrated on their work.

In addition, Placido also said it wasn't her first time, but the actress remembers that it was tougher when she did it for the first time. She added it would be easier once you enter into it. We decide to become an actor, and we will explore everything of human aspects through different roles.

"When we tell the story, there is the body that talks sometimes. An actor is ready to be naked in all senses with emotions and with its body. I don't see much difference."

In another interview, the actress said that she enjoyed working with George. According to her, she got connected to him and worked very well with him. She said George puts everybody in ease.

Apart from their onscreen romance, the couple is happily enjoying their love life with respective partners. Placido is living happily with her partner Massimiliano and child. Similarly, George, on the other hand, is in a conjugal relationship with Amal Clooney and shares two children.

Placido's Net worth Is In Six Digits

The Lookout star Violante Placido has a net worth of $3 million, which she summoned from her thriving acting career. Similarly, she might be receiving an average salary of an Italian actress, which is around $50,313 per year. 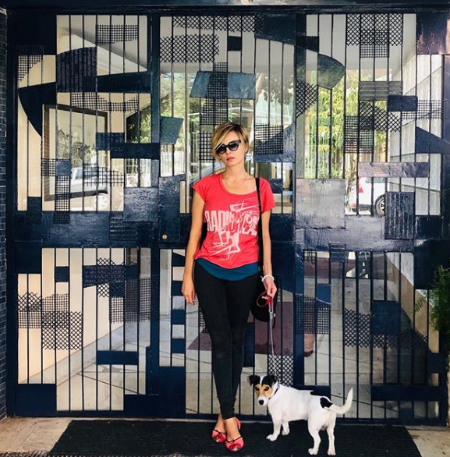 Vondie Curtis-Hall with his spouse Kasi Lemmons during the premiere of "Crash" SOURCE: Instagram (@violante.placido)

Placido starring 2010 movie The American was produced on a budget of $20 million. It earned a total of $67.9 million on the box office worldwide. Her co-star George's net worth is $500 million. Likewise, in 2011, she appeared in the movie Ghost Rider: Spirit of Vengeance alongside Idris Elba, Nicolas Cage, and others. The movie earned $132.6 million against its budget of $75 million.

Furthermore, the actress is an avid animal lover. She owns a dog of Jack Russell Terrier breed. The puppy of this dog breed costs around $800 to $2500. Whereas, a well-bred, ethically raised puppy may cost around $1500.

Stay in touch with Marriedwiki for more news and biographies.

Vasco D'Epiro is the son of Violante Placido and her partner Massimiliano D'Epiro.