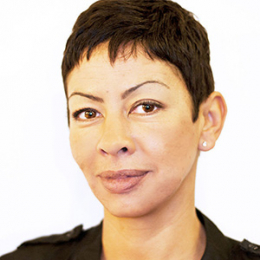 Wanda Hutchins is the ex-wife of a football defensive end, Michael Strahan. She rose to fame after she married the star. The couple shares two children together. The relationship between the pair did not last long and divorced soon for some unrevealed reasons.

Who Is Wanda Hutchins Dating After Her Divorce With Ex-Husband Michael Strahan? Know More About Her Married Life, Husband, and Children

Wanda Hutchins is single as of now after she divorced her ex-husband, Michael Strahan, a football defensive end. The former husband-wife couple tied the knot in 1992 in Denmark after dating for months. The couple married in a private ceremony attended by friends and family. 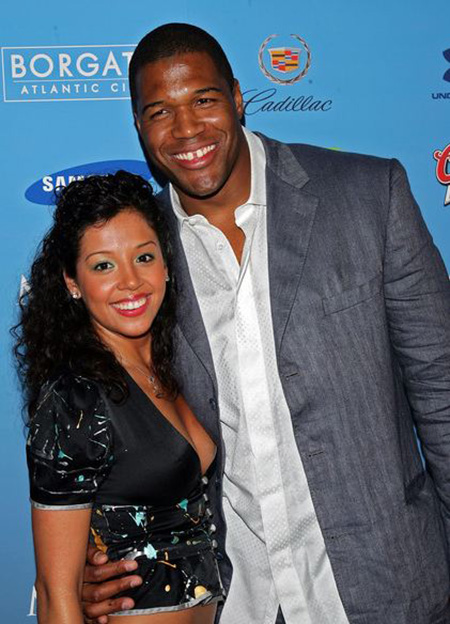 Wanda Hutchins and Michael Strahan at an event.

Wanda Hutchins and Michael Strahan, moreover, shares two children, a son, and a daughter. Their first child Tanita Strahan was born in 1992 whereas, the second one Michael Strahan Jr. in May 1995. The family used to live in their $163000 house in Houston neighborhood.

The relationship between the pair did not last long and divorced in 1996. The couple has kept the reason for their separation to themselves.

Following their divorce, the children started living with their mother even if the court gave Strahan ''full and final custody'' of both kids. As per Wanda's mother, Renate Hutchins, he had no contact with the children. She says in an interview in 2005,

''He has no contact with his children, and that has been his decision, not to include them in his life.''

''The children never got to know a father. He does not know what he’s missing. They are really good kids. Michael misses his father. I see him taking pictures [of Strahan] from his drawer, looking at them when he thinks nobody is watching.''

But Michael has a different story. In an interview in 2016, he told that even Tanita and Michael Jr. grew up apart but are close to him and his other children from next wife.

''I think a lot of times when you split, people assume that the mother is supposed to take responsibility for the kids. But from day one, it was very important for me to be active, to be a part of their life,” says Strahan. “I was constantly on planes and phones. And it’s very hard – of course, it’s hard with them being in Germany. But one thing I learned is, you make time for what you want to make time for.''

Have a look at a video, where Michael talks about his kids:

What Are Wanda Hutchins And Michael Strahan Doing After The Divorce?

When it comes to Hutchins' ex-spouse, he started dating Jean Muggli soon after the divorce. The couple later tied the knot in 1999 and shared two children, Isabella Strahan, and Sophia Strahan. But the relationship did not last long and divorced in 2006. He then started dating Kayla Quick.

Hutchins, however, remained single and took the proper care of her children. Moreover, she even somehow vanished from the limelight.

Wanda Hutchins' career is not so clear so, her net worth is under review. But when it comes to her ex-husband, Michael, he has the net worth of around $65 million. The star makes an annual salary of $17 million. He makes his money from his playing career.

Following Hutchins' divorce, the court ordered Michael to pay $15 million and $18000 monthly as divorce alimony. Moreover, the court even ordered their New Jersey mansion which was valued around $3.6 million to be auctioned and divide the amount evenly.

The star, furthermore, has a collection of cars including:

To know more about your favorite celebrity, stay on marriedwiki.com/wiki!

Wanda Hutchins married Michael Strahan in 1992 in a private ceremony. The relationship could last long and the couple divorced in 1996.

Tanita Strahan is the first child of Wanda Hutchins and Michael Strahan. Tanita was born in 1992.