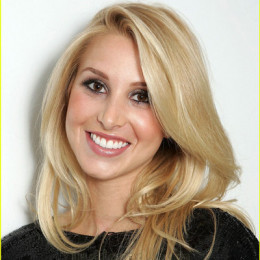 A gorgeous and beautiful American television personality, fashion designer and also author too who is one of the main characters of The Hills. She was also the main star of the series The City as well as its narrator. She is the daughter of Jeffery and Vicki. Her father died due to kidney cancer. She studied at Warner Avenue Elementary School. Later she attended Crossroads School. She graduated in major in gender studies from the University of Southern California. Before casting in television series she used to work as an intern of W Magazine and Women's Wear Daily.

Regarding her marital status, she is married to Tim Rosenman. Whitney met her boyfriend while filming the series The City in New York. She was in serious relationship with reality TV star who rise to fame from series named The Buried Life but due to some personal issue, they broke up. Her name has repeatedly linked with some famous celebrity but she has denied all those rumors. Thirty-three years old gorgeous Whitney has now been the biological mother of one.

American TV personality and fashion designer Whitney Eve Port was born on 4th March 1985 in Los Angeles, California to the family of Vicki (nee Woskoff) and Jeffrey Port. Her father was the owner of the fashion company named 'Swarm'. He passed away in Mar 2013 due to kidney cancer. 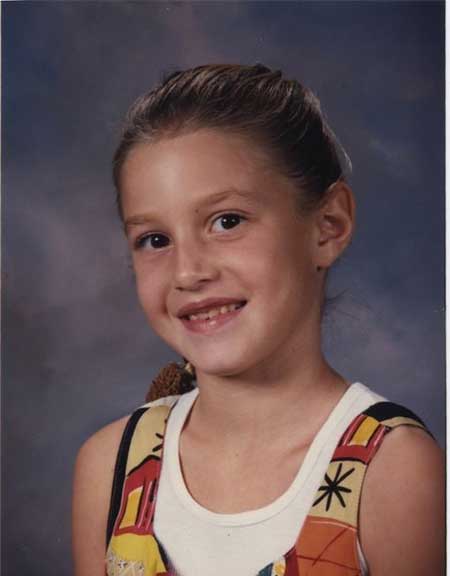 Initially, she studied at Warner Avenue Elementary School and Crossroads School during her childhood.

She completed her graduation from the University of Southern California in 2007 with major in gender studies. She was also the member of Kappa Alpha Theta.

Port, 33, gained wide recognition after being cast in the reality TV series The Hills in 2006. It is the spin-off of Laguna Beach: The Real Orange County. The TV series depicted the lives of Lauren Conrad, her housemate Heidi Montag, and friends.

Port was promoted as the West Coast fashion contributor for Teen Vogue during the 3rd season of The Hills. She's also associated with Kelly Cutrone's People's Revolution.

She debuted her fashion line named 'Whitney Eve' in March 2008. She moved to New York City after concluding the 4th season of The Hills to start working with Diane von Furstenberg the same year.

She was commissioned in the spin-off of The Hills named The City. As The Hills,  The City also focused on the professional and personal lives of several young women. The spin-off series was especially focused on her then-boyfriend Jay Lyon, their friends Adam Senn and Erin Lucas and her co-worker Olivia Palermo.

She served on the 8th cycle of Britain & Ireland's Next Top Model as a judge in 2012.

She has an estimated net worth of about $5 million at present. Port and her husband purchased a $1.5 million Ranch-Style home in Studio City in 2017. 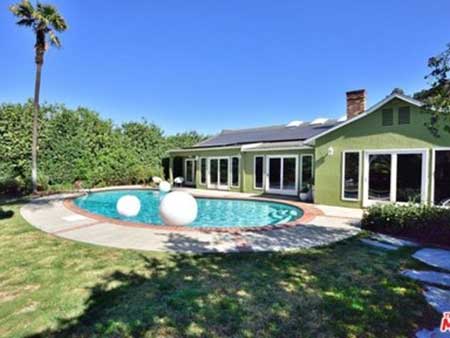 The 2-bedroom, 2-bathroom, 2400-square-foot home is big enough for the lovely couple and their kid. She renovated her 1950s ranch home with her personal touches.

The stunner is currently married to TV producer, Tim Rosenman.

The pair first met while filming her MTV reality series The City in New York. Tim, an associate producer on the show was a good friend to Whitney during the entire show 2008-2010 run. 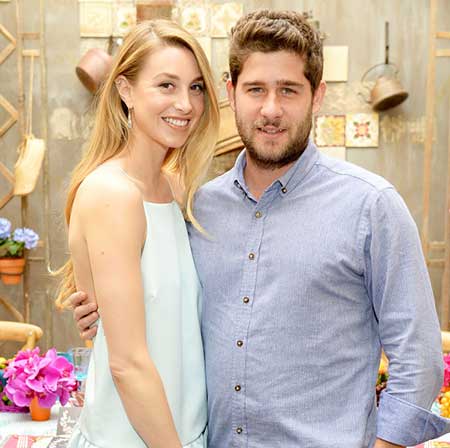 She broke up with her former boyfriend The Buried Life's Ben Nemtin in 2011and it was the point when Tim and Whitney came closer.

She also dated American actor Robert Buckley in the year 2009. He is known for his roles in Lipstick Jungle and One Tree Hill.

The pair got engaged in November 2013 and it took exactly two years for the two to get married. They tied the knot on 7th November 2015.

They announced they were expecting their first child in February 2017. They welcomed their first baby boy, Sonny Sanford on 27 July 2017. She stated that life has drastically changed since being parents.

The couple manages time for the two after their son goes to sleep. They are having a good time together and are quite open about their sex life.

Tim and Whitney are also active on social media. Their happy family life is crystal clear from there.