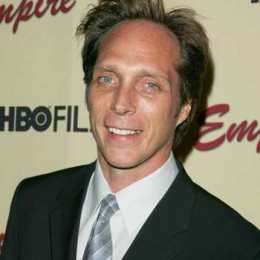 William Fichtner is an actor of American nationality known for appearing in several notable films and for acting as Sheriiff Tom Underlay on Invasion, Alexander Mahone in Prison Break as well as Eric Sacks in the movie Teenage Mutant ninja Turtles. He was born in Mitchel Air Force Base, New York and has been actively involved in acting since 1987. He is a graduate from the American Academy of Dramatic Arts.

William has been married twice and divorced once. He has two children with his second wife Kimberly Kalil and seems to be getting along pretty well with his wife and children as of now.

Apart from these two marriages, he has had no other known relationships. He seems to be devoted to his wife and has never been surrounded with rumors of having cheated on her yet.

He is best known for his role as Alexander Mahone on Prison Break and as Sheriff Tom Underlay in Invasion.

Betsy was the first wife of William. The actual date that they got married is not yet known but the couple separated on 1996.

Since 1998, William has been married to Kymberly and has two children with her. They are getting along pretty well.

Sam is the first son of William.

Vangel is the second son of William.