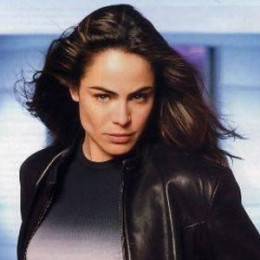 Yancy Victoria Butler, known as YB to fans is an American television and movie actress. She is famous for her roles as Natasha Binder in the movie Hard Target as a Detective Sara Pezzini on the TNT supernatural drama series Witchblade, Jess Crossman in Drope Zone.She won a Saturn Award for Best Actress in a Television Series, at the Annual Academy of Science Fiction.

Yancy was born on July 2, 1970, Greenwich, Manhattan, New York, U.S. She was the daughter of Leslie Vega, a theater company manager, and Joe Butler, the drummer, and vocalist for the 60's rock band The Lovin' Spoonful.

She completed her bachelor’s degree in Liberal Arts in 1991 from Sarah Lawrence College and honored with a Griggs Scholar.

Yancy had started making showbiz inroads at an early age. She made her debut acting in the television series Mann and Machine in the year 1992, where she portrayed a role of android police officer.

Butler made her first film appearance in a small role in the slasher movie Savage Weekend in 1979 and later starred in John Woo’s Hard Target. She also appeared in some of the top TV shows from Law and Order to NYPD Blue.

In the year 2000, Yancy landed herself in the lead role in the TNT made for the TV Movie version of the popular comic book, Witchblade where she portrayed the role of Detective Sara Pezzini.

The movie was such a success that TNT decided to turn it into a series, which quickly became one of the most popular TV show of that year. Despite being a hit, the show got canceled in 2002 and fans suspected that it was due to Yancy battle with alcoholism. Currently, as of 2017, she is working on a television film Boyfriend Killer.

On June 10, 2002, at the 29th Annual Academy of Science Fiction, Fantasy and Horror Films Award Ceremony Butler won a Saturn Award for Best Actress in a Television Series, for her role in Witchblade.

Yancy net worth is estimated to be around $1.8 million. She was listed as 10th richest celebrities in Hollywood.

The 48 years old actress is currently single and taking time off from dating. Previously, she was in a relationship with Jeff Fahey, an American actor. In the past, they worked with each other in the movie The Hit List(1993). She has also been in a relationship with Earl Ward Jr. Furthermore, Butler hasn’t revealed much about her personal life.

She isn't involved with anybody currently, and there is no any more rumor about her affairs as well. And as far as marriage goes, it is at the back of her list as she is trying to get back to recovery from her alcohol problem.

Butler was sent to rehab for alcohol abuse and got arrested after getting into a fight with her father. She was charged with criminal contempt for disturbing an order of protection and in the case of harassment.

Because of her toxic addiction, she was once involved in drink and drive case. She was caught by the Sag Harbor Village Police in Sag Harbor. While she was arrested, she even spits on the face of the police officer.

She was charged with aggravated driving and seventh-degree criminal possession of controlled substance.