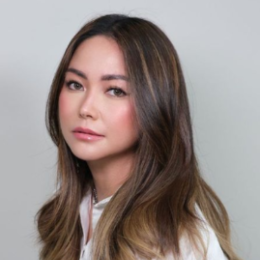 Yeng Constantino is an award-winning singer-songwriter, tv host and actress from the Philippines. The Asian beauty earned her name and fame from her songs in Salamat, Ikaw. Yeng is a Philippines Pop Rock Royalty and the biggest hitmaker in the Philippine music industry.

Yeng Constantino is an award-winning singer-songwriter, tv host and actress from the Philippines. The Asian beauty earned her name and fame from her songs in Salamat, Ikaw. Yeng is a Philippines Pop Rock Royalty and the biggest hitmaker in the Philippine music industry.

Yeng Constantino is a married woman. She happily tied the knot with Victor Asuncion on February 14, 2015. The singer-songwriter started dating Victor "Yan" Asuncion in June 2013. Asuncion is a fellow musician and worship director at Victory Christian Fellowship. 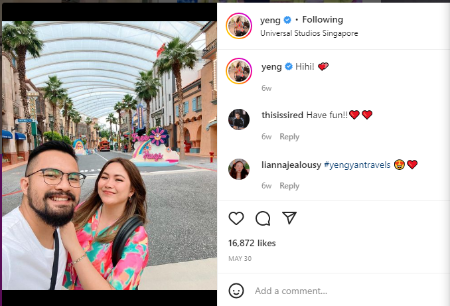 Followed by nine months of dating, Yeng announced her engagement to Victor Asuncion via a sweet Instagram post in March 2014. Constantino walked down the aisle at a resort in Tagaytay Cavite. In September 2015, the duo decided to go on a vegan diet.

Does Yeng Constantino have a child?

The B.A.B.A.Y. singer has no biological child, even though it has been eight years since their marriage. The lady hasn't mentioned the reason behind not having kids. But she prefers adopting a baby someday. Currently, Yeng has adopted two cats with her husband, Victor Asuncion.

During an interview with ABS-CBN Entertainment, Yeng discussed how she feels pressured about having a child on April 3, 2020. Despite not having a kid, the pair enjoyed each other's company.

Before Asuncion, Yeng was romantically in a relationship with Ryan Bang, a Korean-born Filipino television personality. The rumors regarding Yeng-Ryan's whirlwind romance came out in 2022. Bang remembers how he pursued her, from sending her coffee to church together every Sunday.

Later, when Ryan Bang asked Constantino for a night out, she did not come, so he thought Yeng did not like him. Ryan suddenly disappears and feels sorry for not beading goodbye to the singer. 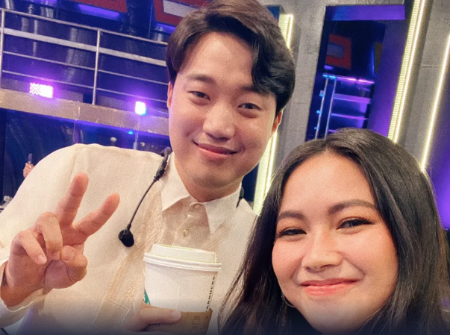 Bang disclosed his affair with girlfriend Constantino on January 22, 2022, to Rappler.com after a decade when Bang liked the singer back around 2010 to see Yeng in the episode "Its Showtime" after some time.

Ryan and Yeng's past romance ties came when a contender in the show's segment "Tawag ng Tanghalan" revealed she was shy to start a relationship due to fear of getting hurt. Constantino did not reject Ryan. Instead, she got sad when Ryan stopped following her.

Yeng Constantino possesses an estimated net worth of $10 million as of 2022. In comparison, another Filipino singer and songwriter, Charice Pempengco, has a whopping net worth of $16 million.

She bags millions of dollars from selling albums, tours, and signing contracts. Some of her highest-grossing music albums are Salamat, Ikaw, Metamorph and Hawak Kamay.

Yeng Constantino wrote the song Ikaw on August 23, 2014, and released it as a lead single from her album All About Love. Ikaw is a Filipino artist's second most watched music video, with 100 million views within June 2020. Ikaw served as an unofficial prenuptial video of Yeng and her then-fiance, Yan Asuncion.

Besides singing and songwriting, Constantino is a fine actress as well. She debuted in the 2005 T.V. series SMS: Sunday Mall Show. In 2006, Constantino appeared as a contestant in another T.V. series Pinoy Dream Academy.

In 2007, the brown-haired made a cameo role as a singer in Your Song: Salamat, If We Fall in Love, Cool Off and Pangarap Lang. In 2008, Yeng hosted the show Pinoy Dream Academy: Season 2- Special Primer. 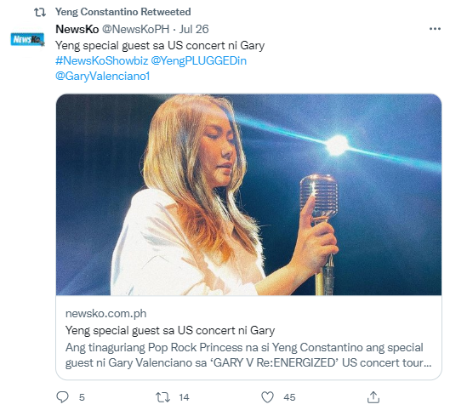 From 2010 to 2011, Constantino presented the show Music Updated Live which aired on the ABS-CBN network. In 2015, Yeng co-presented The Voice Kids Season 2 and Aquino & Abyunda Tonight.

In 2016, the 38-year-old served as a judge and Mentor of Oh My Girls in the show We Love OP, Pinoy Boyband Superstar. From 2016 till today, Yeng performed as a Judge in Tawag ng Tanghalan in Its Showtime.

What does Victor Asuncion do for a living?

Victor Santiago Asuncion is a Filipino American pianist who has appeared in concert halls in different parts of the world as a recitalist and concert soloist.

He had been to Canada, Brazil, Ecuador, France, Mexico, Germany, Japan, and Canada. Victor made his orchestral debut at age eighteen with the Manila Chamber Orchestra. In 1999, Asuncion made a New York recital debut in Carnegie's Weill Recital Hall.

Besides, Mr. Victor has collaborated with conductors including Sergio Esmilla, Mein Ann Chen, Zeev Dorman, Jordan Tang, Bobby McFerrin, Michael Stern and Arthur Weisburg. As a chamber music enthusiast, he worked with artists like Antonio Meneses, Sao Pulo, Andres Diaz and many others.

Asuncion appeared in "Songs My Father Taught Me," an award-winning recording opposite Lynn Harrell. Victor has been the founder and Board Director of a nonprofit organization, FilAM Music Foundation. Victor aimed to promote Filipino classical musicians through performance and scholarship.

Constantino garnered the Best Actress (Cinema One Currents) award for Shirt in 2013 at Cinema One Originals Digital Films Festival. In addition, Mrs. Yeng has been an active member of the Filipino girl group Divas with Angeline Quinto.

In 2007, Constantino received ASAP Pp Viewers Choice Awards foor the sing "Hawak Kamay". In 2008, The Philippine beauty won the Best Album of the Year Award, Song of the Year and Music Video of the Year for the album "Salamat."

Yeng Constantino grew up in Rodriguez, Philippines. She was born on December 4, 1988. A working-class parent Susan Constantino, Lito Constantino raised Yeng and her four siblings in the suburbs of Philipinnes.

She makes $14,539 to $24,231 per ad post. The Philippine singer-songwriter earned 7.4 million followers on her Twitter. In 2018, Constantino began her YouTube vlog, which shows her admiration for Mariah Carey.

Stay updated with Marriedwiki for more biographies and articles.

Victor Asuncion and Yeng Constantino are happily married since 2014. They started dating in 2013 and engaged in 2014 after nine months of dating.