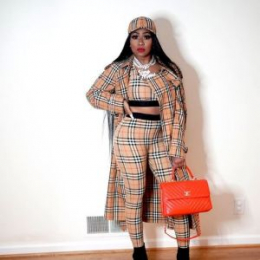 In today's world of music, where rapping has been a key part it is unfortunate that it is dominated by mostly male singers. Fortunately, some of the rising and talented rappers like Yung Miami is changing this trend. One half of the rap duo City Girls, she is one of the rappers in the world right now.

On August 05, 2019, the vehicle in which Rapper Yung Miami was gunshot by an anonymous person. Fortunately, she was not harmed.

The Twerk singer was driving her red Mercedes G-Wagon as it was passing by just outside the Circle House Studios. Later, a video of her explaining the event to the police officer was found online.

#YungMiami explaining what happened after her G-Wagon was shot at

Yung took to Instagram to thank her fan and as she and her baby were perfectly fine and thanked them for their prayers, sympathy, and condolences.

How Is Yung Miami's Relationship Status? Is She Dating Someone?

Young Miami is not a married lady though she is currently in a relationship with boyfriend Joshua Howard Luellen also known as Southside. His partner Southside is an American record producer. 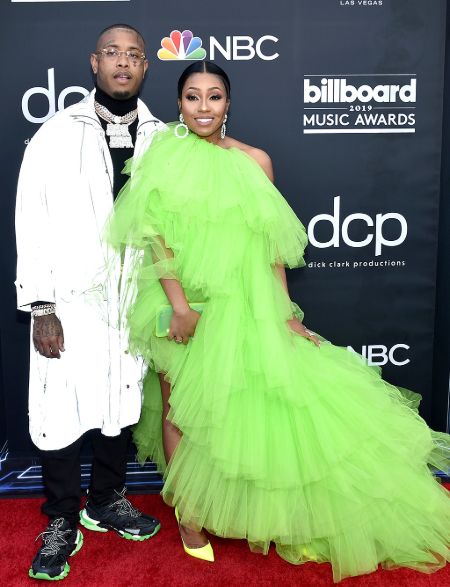 Yung Miami is in a relationship with her boyfriend Southside.
SOURCE: eonline

The duo is dating for a long time though the exact date is not revealed. The singer revealed that she is pregnant and expecting a baby with her lover.

Yung also has a son, Jai Wiggins Jr. with her ex-boyfriend, Jai Wiggins. The duo, however, separated apart after Yung was physically and sexually abused by Jai.

As Young is pregnant, these days, she is taking a break from her music works as she is taking care of herself. She posts pictures and videos with her families and friends on her social media.

How Much Net Worth Does Yung Miami Have?

Yung Miami has a net worth of $1 million which she made from her professional music career. The average salary of a musician in the US is $18.09 per hour and $40,114 in a year.

The Act Up singer, in addition, owns a Mercedes G-Wagon car which costs around $124,500 in the US.

It’s a blessing that we made it cause we been threw hell!

besides, she is quite popular on Instagram where she boasts 2 million followers. She earns an estimated $3,957 - $6,595 per promotional post from her Instagram. Flaunting pictures with unique and fancy dresses there is little doubt she is living a luxurious lifestyle. 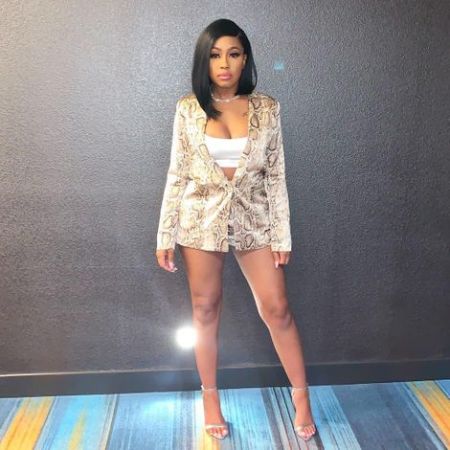 Yung Miami is an American singer.

Stay with us for more celebrity biography and news at marriedwiki.com!